Thoracic aortic aneurysm is typically asymptomatic until the time of dissection or rupture, and there are no guidelines for screening. There's keen interest in identifying the genetic basis for pathologic aortic enlargement to aid in the development of pharmacologic interventions and identify individuals at risk.

As the first step, the lead researcher annotated 116 cardiovascular magnetic resonance images (MRI) from the UK Biobank, manually identifying and labeling all pixels. The team then used those annotations to train a deep learning model to perform the same task.

The ascending and descending thoracic aorta were quantified separately because they have different biologic origins and independent risk factors for aneurysm formation. In the validation set of 24 MRIs, the model was 97% accurate in categorizing pixels for the ascending aorta and 94% accurate for the descending aorta.

The researchers built a polygenic score for ascending aortic size and applied it to 385,621 UK Biobank participants who did not have a diagnosis of aortic disease at enrollment. Over a median follow-up of 11 years:

This study suggests that a model incorporating a polygenic score and clinical risk factors might identify asymptomatic individuals at high risk of ascending aortic aneurysm who would benefit from thoracic imaging.

More broadly, the results highlight the value of studying quantitative traits with deep learning, which is broadly applicable to various types of biomedical imaging, to gain a greater understanding of disease processes. 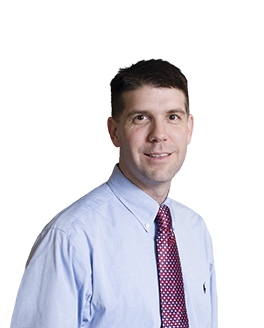 Patrick T. Ellinor, MD, PhD, of the Telemachus & Irene Demoulas Family Foundation Center for Cardiac Arrhythmias at Massachusetts General Hospital, Sekar Kathiresan, MD, formerly of the Center for Genomic Medicine, and colleagues have demonstrated that the catalytic domain of ADAMTS7 is a promising therapeutic target for coronary artery disease.