Massachusetts General Hospital is one of just a few sites worldwide participating in research exploring the efficacy and safety of renal denervation to treat hypertensive populations.

"This work is to augment what we can do with pharmacologic therapy in patients whose blood pressures are inadequately controlled or who have intolerances to many drugs," says Joseph Garasic, MD, director of Mass General's Catheterization Lab and Peripheral Vascular Intervention Program. "At present, we're doing work under a research protocol, which limits the patient participation, but we envision that this will become a technique we can offer more broadly when it achieves FDA approval."

An estimated 60 to 100 million Americans have hypertension, and Dr. Garasic's team believes many may benefit from this innovative technology, including people:

Dr. Garasic has partnered with Randall Zusman, MD, director of Mass General's Division of Hypertension, in these efforts.

"The 20,000-foot view is that by disrupting the nervous system innervation of the kidney, we are disrupting the role of the adrenergic nervous system in the control of high blood pressure," says Dr. Zusman. "For some, the adrenergic nervous system is a key component of blood pressure dysregulation. For others, it's irrelevant. We will need to do a lot of testing of the endocrine, hemodynamic and central nervous response to achieve the holy grail: the ability to identify those who will respond to renal denervation."

In the 1950s, published data showed blood pressure reduction during a cervical or thoracic sympathectomy, an extensive nervous system-disrupting procedure. But the surgical techniques, in large part developed and employed at Mass General, had a high rate of postoperative complications, and therefore were not generalizable to the hypertension patient population.

"Not only did the patient's blood pressure drop, but very often, they weren't able to defend their blood pressure when they changed position and went from hypertension to orthostatic hypotension," says Dr. Zusman. "So the technique was abandoned."

"Those nerves are both afferent and efferent, meaning they feed back and forth to the central nervous system," says Dr. Garasic. "They are also related to the regulation of kidney function, volume management within the body and blood pressure control."

During renal denervation therapy, an interventionalist inserts a specialized catheter into a renal artery. Due to the potential for discomfort during the ablative period, Dr. Garasic and his colleagues perform renal artery denervation with sedation.

While several companies around the world are developing these catheters, there are two leading technologies in the United States:

Dr. Zusman says Mass General does not plan to limit its armamentarium to one catheter-based system and anticipates that his colleagues will develop skills with all technologies to further individualize the procedure to each patient.

"Both the radiofrequency catheter and Paradise Renal Denervation System have been shown to be effective and safe. Most likely, some differences lie in the technical aspects of the procedure—what's easier for the physician and patient,” he adds. "In centers with experience and hypertension centers of excellence, the procedure is extraordinarily safe and without adverse experiences."

Benefits of a Radial Arterial Approach

"Currently, we're doing all of our investigational procedures via the femoral artery. The Paradise System currently requires a larger catheter size than typically goes in the radial artery," says Dr. Garasic. "But we do more than 70% of our coronary interventions via the wrist. When we can transition renal denervation patients to the radial artery, they'll go home the same day, almost exclusively."

After researchers demonstrate safety and efficacy in a larger cohort, they will turn their attention to identifying who specifically will benefit from the procedure. Dr. Zusman notes an estimated 600 million to 1 billion people around the world have hypertension. One-third do not have adequate control of their blood pressure, and an estimated 50% are not compliant with their drug regimen.

At Mass General, 20%–30% of hypertension patients have difficult-to-control or resistant hypertension, adds Dr. Garasic. While the percentage of patients who achieve normalized blood pressure remains to be seen, Mass General physicians in cardiology, nephrology, endocrinology and primary care, among others, all treat patients who may benefit from medications and renal denervation therapy.

"Realistically, there are hundreds of thousands of people—maybe more—who are potential candidates for renal denervation," Dr. Zusman says. "There's a spectrum of response. For those who don't respond, we can reassure them that undergoing the procedure doesn't put their renal function at risk or result in vascular damage that will impact their health going forward. Those who do respond—and some do so profoundly—experience a favorable impact on their blood pressure control."

Investigators also need to better understand the durability of renal denervation. If the renal arteries are not fully denervated, the nerves may grow back or reactivate. A subset of patients may also adapt in ways that increase blood pressure dysregulation over time.

"We're collecting this data for the FDA and different companies. But whether it 'works' long term is relative," says Dr. Garasic. "Even if the blood pressures are not dramatically different between the two groups, the treatment group may be on lower doses of medications or better tolerate their therapy because they don't require aggressive medications."

"The future of this new technique is not so much the procedural element. Rather, it should be the reinvigoration of managing hypertension as a standalone specialty," says Dr. Garasic. "It should foster collaboration among groups that have worked together historically but whose partnerships have faded over the years—such as primary care physicians, hypertensivists, nephrologists and interventionalists. It's a strength of our program that we have this existing collaboration and deep experience in hypertensive management and endovascular management of renal disease and renal artery disease."

Mass General researchers eventually hope to expand these partnerships to address potential applications of renal denervation in other patient cohorts such as pregnant patients with hypertension or patients with diabetes.

"I care for high school students who are facing decades of medication. What if we could offer this procedure to them when they're 22?" says Dr. Zusman. "Once it's FDA-approved, we can really begin to scratch the surface of its true potential."

Learn more about the Division of Hypertension 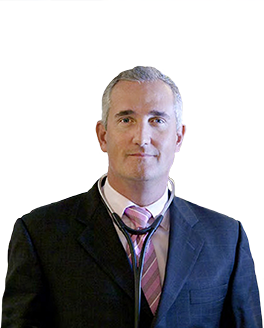 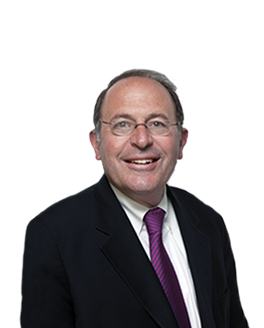 Research at the Massachusetts General Hospital Heart Center proves the effectiveness of the relaxation response and renal denervation to control high blood pressure.