"Patients with these conditions come here from all around the region for expertise in care, and now they also have the option to enroll in clinical trials," Dr. Rodriguez-Lopez says. "Everybody here is extremely enthusiastic. Our team has a passion for treating these diseases. And they have many ideas about what we can do next, how we can grow and how we can advance the field."

Many drugs have been approved for PH in the past 25 years. Despite this, the disease still carries a high rate of morbidity and mortality. "Many PH therapies have significant side effects or are difficult to use," says Dr. Rodriguez-Lopez. "There is always a need for new therapies."

Furthermore, most treatments have been approved only in group 1, pulmonary arterial hypertension (PAH), but many patients have either mixed PH, group 2 PH (due to left-sided heart disease) or group 3 PH (due to chronic lung disease). There are currently no FDA approved treatment options for group 2 PH and only one approved therapy for some patients with group 3 PH.

"We're doing studies in these types of patients so we can have tools to help these very sick patients do better and feel better," says Dr. Rodriguez-Lopez.

One example is a new study of inhaled treprostinil. A recent trial published in the New England Journal of Medicine used treprostinil in patients with PH due to interstitial lung disease (ILD). It found that the medication improved patients' functional capacity and six-minute walk distance, and did not cause any worsening of oxygenation, which was the biggest fear, says Dr. Rodriguez-Lopez. "Now we're extrapolating this into COPD [chronic obstructive pulmonary disease] and PH with both inhaled trepostinil and another new inhaled medication. That's really exciting because there aren't many treatment options for these patients." Inhaled treprostinil was recently FDA approved for treatment of group 3 PH in the setting of ILD.

The team is also involved in a trial using a new oral prostacyclin called ralenipag in group 1 PAH.

"There are other oral prostacyclins on the market, but this is a longer-acting one that you just take once a day. So the thought is that it will be easier on patients and hopefully reduce the peaks and troughs experienced with other medications," Dr. Rodriguez-Lopez says.

Her group is also working with Gregory Lewis, MD, section head for the Mass General Heart Failure Program, to examine outcomes of pulmonary artery denervation in patients with group 2 PH.

CTEPH is a form of PH that involves elevated blood pressure in the pulmonary arteries caused by chronic blood clots.

"We offer treatments for these patients, who are very sick, with a goal of cure or at least dramatic improvement in their functional status and right heart failure. But people with CTEPH can actually be cured of their pulmonary hypertension with the right procedure," says Dr. Rodriguez-Lopez.

"One is a complicated surgery called pulmonary thromboendarterectomy (PTE), which removes clotted blood from the pulmonary arteries. We've done more than two hundred of those here and we've had very, very good results," she says. "We also offer a more novel procedure called balloon pulmonary angioplasty (BPA), for people who are not deemed to be surgical candidates."

BPA uses balloons to open blood vessels that have been chronically narrowed or blocked by blood clots.

"The CTEPH team meets routinely to review cases and new referrals. These multidisciplinary meetings ensure that every patient benefits from our team based approach and we are able provide consensus and individualized treatment plans," says Dr. Witkin.

The group has its own registry to track Mass General outcome data, and they've contributed to the international Balloon Pulmonary Angioplasty (BPA) Registry.

The group is also participating in a trial evaluating the role of macitentan in the treatment of CTEPH. "While most patients with CTEPH have normalization of PH after PTE, it is essential to have additional treatment options for those who are not candidates for PTE or BPA as well as for those patients with residual PH," says Dr. Witkin.

HHT is a genetic disorder that causes arteriovenous malformations (AVMs), leading to chronic bleeding and other complications that can affect multiple organs. Mass General is a CureHHT Center of Excellence, and Dr. Rodriguez-Lopez was invited to join an international panel to update evidence-based guidelines originally created in 2011 for the management and prevention of HHT symptoms and complications.

The final recommendations, "Second International Guidelines for the Diagnosis and Management of Hereditary Hemorrhagic Telangiectasia," were published in the Annals of Internal Medicine in December 2020.

"HHT is not as rare as people think. The incidence is about 1 in 5,000 to 8,000 people. But patients always come to me and say, 'None of the doctors I've been to know what this is,'" Dr. Rodriguez-Lopez says. "A lot of these patients are being seen for the first time by their primary care providers. So having more information out there in a journal that general internists read is really important."

Key takeaways from the updated guidelines include:

Mass General continues to add to the evidence in the field of HHT with two new studies. The first is a prospective observational study using bevacizumab for chronic bleeding and anemia in HHT, in collaboration with hematologist Hanny Al-Samkari, MD, the associate director of the HHT center.

"We want it to standardize the way we use bevacizumab and follow these patients to see how we are doing in a more organized fashion," Dr. Rodriguez-Lopez says.

The second study, sponsored by the National Institutes of Health and led by Dr. Al-Samkari, is exploring the use of a drug called pomalidomide for HHT and chronic bleeding.

"Unfortunately, a lot of the data available on HHT are not robust. There aren't many large, randomized clinical trials, in part because it's a rare genetic disease. So getting huge numbers of patients may not be that easy. But as a Center of Excellence, Mass General is well-positioned to conduct these studies," she says. "The data have improved from 2011, but it's still an area in dramatic need of further research."

Refer a patient to the Division of Pulmonary & Critical Care 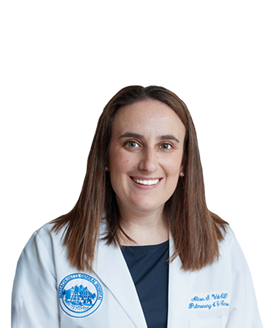 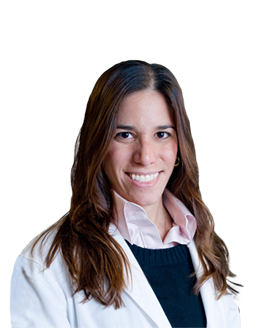 Research at the Massachusetts General Hospital Heart Center proves the effectiveness of the relaxation response and renal denervation to control high blood pressure.

Shelsey W. Johnson, MD, of the Department of Internal Medicine, and colleagues report a high prevalence of incomplete, falsely elevated pulmonary capillary wedge pressure measurements and give tips for preventing them.