Mast cells, which drive both inflammation and pain, are a diagnostic and prognostic marker in interstitial cystitis, also called painful bladder syndrome (IC/PBS). Mast cells are significantly increased in number in patients with IC/PBS, and the number is significantly correlated with bladder capacity and thus the severity of the condition.

It is also known that patients with IC/PBS have elevated urine levels of interleukin-33 (IL-33), which the body releases in response to tissue injury and insult. Siam Oottamasathien, MD, director of Pediatric Urology Basic Science Research at Massachusetts General Hospital, and colleagues reported in Cytokine the first evidence that mast cell–mediated inflammation induced by IL-33 appears to have an important role in initiating the pain and inflammation of IC/PBS.

The study, conducted in a previously developed mouse model, confirmed that mice develop an IC/PBS-like state of frequent urination, bladder inflammation and lower abdominal pain if they are injected with LL-37, a peptide in the innate immune system that is elevated in IC/PBS patients.

The researchers injected mast cell-deficient C-kit (−/−) mice and wild-type C57BL/6 mice with normal saline or one of six doses of LL-37. In both strains of mice, increased levels of IL-33 expression were observed as the dose of LL-37 increased.

The team then assessed pain by observing the animals' behavior after mechanical stimulation of the suprapubic region. Then, they quantified inflammation of bladder tissues using a myeloperoxidase enzyme-linked immunosorbent assay.

The researchers conclude that after a bladder insult, IL-33 release occurs, leading to mast cell activation and propagation of potent inflammatory and pain responses. The reduction of bladder inflammation and pain in mast cell-deficient mice further substantiates the importance of mast cells in IC/PBS pathogenesis.

If the newly identified IL-33-mast cell axis in the bladder is confirmed in chronic inflammation, the authors expect innovative therapeutic approaches could be developed to treat patients suffering from IC/PBS.

Learn about research in the Department of Urology 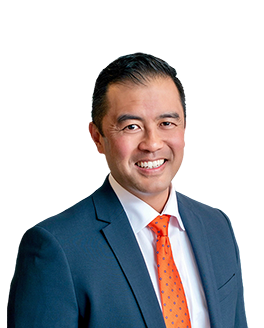