According to the American Urological Association guidelines, shock-wave lithotripsy (SWL) is the procedure with the least morbidity and lowest complication rate, but URS is known to have a greater stone-free rate in a single procedure. In patients with mid or distal ureteral stones who require intervention (who were not candidates for or who failed medical expulsive therapy), clinicians should recommend URS as first-line therapy. For patients who decline URS, clinicians should offer SWL. However, the guideline does not include any information about how to weigh between the two procedures in terms cost-effectiveness.

Urology Resident Michal Ursiny, MD, and Brian Eisner, MD, co-director of the Kidney Stone Program at Massachusetts General Hospital, and colleagues constructed a decision analysis model that demonstrated superior cost-effectiveness of URS under real-world conditions. As they report in World Journal of Urology, surgeons can use the model to assess the cost-effectiveness of SWL and URS in their own institutions.

There were no major complications in either group and no patient required readmission. Also, there was no significant difference between the two groups in overall complication rate.

To calculate the costs of the procedures, the researchers included the surgeon's fee, anesthesia fee, facility cost and cost of stent placement, where applicable. They did not include the imaging fee, because there was no significant difference between groups in the ratio of patients imaged with computed tomography versus x-ray. The average cost per procedure was $3,167 for SWL and $4,470 for URS.

The modeling showed that URS was more cost-effective than SWL if:

Figure 1 is a sample of a cost-effectiveness curve that assumes SWL is performed twice before URS, which was the most cost-effective of the three models.

The researchers invite other surgeons to determine stone-free rates with SWL and URS using their own equipment and methods. They can then assess which procedure is more cost-effective at their institutions.

Patient preference should have a large influence on surgical decision-making, and the researchers emphasize that the choice between SWL and URS should not be based on cost alone. Still, now that MACRA (the Medicare Access and CHIP Reauthorization Act) aims to shift the U.S. health care system to value-based reimbursement, it will be worthwhile to focus more attention on cost-effective uses of resources.

Refer a patient to the Kidney Stone Program 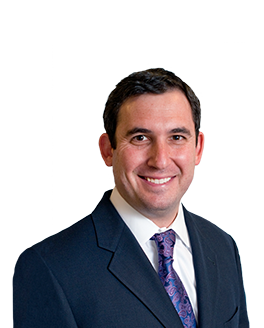 Dusting, a new protocol for treating kidney stones using recent laser technologies, has proven to deliver successful patient outcomes equal to those of traditional basketing, according to a study by the Endourology Disease Group for Excellence.