Robot-assisted approaches to complex surgeries of the urinary tract and male reproductive organs have key advantages over open surgery and even traditional laparoscopic surgical techniques, according to a 2014 meta-analysis in the American Journal of Robotic Surgery. While rates of success and complications are similar with robotic versus open or traditional laparoscopic surgery, the findings reveal that robotic surgery decreases blood loss, patient pain and analgesic requirements. It also shortens hospital stays and recovery time for urologic procedures. The downsides to robotic surgery are higher costs, longer time in the operating room and uncertainty about long-term outcomes, as the technology is relatively new.

A decade ago, Douglas Dahl, MD, chief of Urologic Oncology at Massachusetts General Hospital, introduced a surgical robot to the hospital’s Department of Urology, making the department one of the first in the country to adopt the new technology. Building upon their extensive experience in minimally invasive surgery techniques, Dr. Dahl and Shahin Tabatabaei, MD, director of the Prostate Health Program, began using the robot to perform radical prostatectomies, with 500 currently performed annually at Mass General.

Urology departments nationwide have become leaders in robot-assisted surgery, says Dr. Dahl, because precision is so critical for surgeries of the pelvis. Not only is the pelvic region tightly packed with sensitive organs, it is also highly vascular—crowded with easily punctured arteries and veins. Robot-assisted surgery also has a shorter learning curve than open or laparoscopic surgery, and that has contributed to its growing popularity, according to a 2014 study published in European Urology. But using a robot does not obviate the need for surgical experience. The robot is “more of an avatar than a robot,” says Dr. Dahl. “Successful robotic surgery still has everything to do with the surgeon’s skill.”

Advantages of a Robotic Approach

These capabilities allow for greater precision, miniaturization of instruments and smaller incisions than traditional laparoscopic approaches. Today, seven Mass General urology surgeons are licensed and trained to operate surgical robotic technology, which enables them to perform hundreds of complex urologic surgeries every year with both increased precision and less-invasive techniques (Figure 1).

“As a result, the Mass General Department of Urology has become a major referral center for complex procedures that involve removal of prostate, kidney, ureter and pelvic cancers,” explains Dr. Dahl. “Other procedures include reconstructing urinary and reproductive organs following cancer treatment, cancer removal or other damage.”

In 2016, for instance, the hospital used the robot to perform 40 pyeloplasties, a reconstructive procedure that repairs the proximal part of the ureter (Figure 2). In addition, the Department of Urology uses robot-assisted surgery to perform many ureteral re-implantations—which repair damage to the ureter from other types of surgery, cancer or radiation treatment—as well as nephroureterectomies.

Mass General has partnerships with Harvard University and MIT through the Consortia for Improving Medicine with Innovation and Technology (CIMIT) to advance robotic technology and develop new robotic techniques. One challenge they are working on is creating haptic feedback: transmitting resistance and pressure to the surgeon’s fingers from the robot’s tools. With this process, surgeons can feel how hard they are pulling on instruments or tissue, or how tightly they are sewing a stitch. This would help to prevent tearing or tissue damage.

CIMIT is also working on incorporating magnetic resonance imaging into the robotic system, as well as the ability to shine different wavelengths of light into the surgical site. These additions would allow a surgeon to see things not visible to the naked eye, such as blood flow to a particular area or the precise location of cancer cells.

“These technologies are improving incrementally, and it's amazing the new things that can be done as we gain experience,” concludes Dr. Dahl. 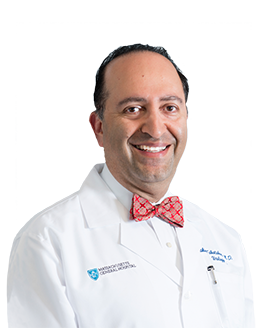 BPH Supplements Have Little Support for Efficacy and Safety

To better advise patients about herbal remedies for prostate enlargement or benign prostatic hyperplasia (BPH), researchers scoured the scientific literature for evidence on every individual ingredient of every available supplement.