Scientists are keenly interested in monoclonal antibodies as a class of therapeutics for SARS-CoV-2, the virus that causes COVID-19, because in general, they can neutralize (block) infection. However, it's unclear whether neutralization alone will be sufficient. To fully prevent disease it may be essential to clear the virus from cells in the upper respiratory tract that have already become infected.

Another potential problem is a phenomenon called antibody-dependent enhancement of infection. For example, as reported in 2019 in JCI Insight, treating macaques with neutralizing antibodies against SARS-CoV (the virus that caused the SARS epidemic of 2002–2004) actually worsened disease by inducing inflammatory responses.

In a recent report in JCI Insight, they report experiments with a first-in-class monoclonal antibody called CR3022, which provided information about the potential immune-protective versus the immunopathological role of antibodies for SARS-CoV-2.

CR3022 was initially cloned from a SARS-CoV–infected individual. It is of interest because it can bind to the SARS-CoV receptor-binding domain (part of the spike protein) even in the presence of angiotensin-converting enzyme 2 (ACE2), the major protein that lets SARS-CoV-2 enter cells.

Therefore, CR3200 should offer therapeutic benefits even after the infection has been initiated. By studying this antibody, the researchers were able to explore Fc-dependent effects on SARS-CoV-2 without confounding by neutralization.

To gauge the therapeutic benefits of CR3022, the researchers generated CR3022 Fc variants that could selectively augment phagocytosis or NK cell, complement or neutrophil activity. Along with wild-type CR3022 immunoglobulin G (WT), two variants were carried into in vivo experiments:

The researchers infected BALB/c mice and Syrian golden hamsters with SARS-CoV-2, then treated them with the WT, Fc-knockout or Fc-enhanced CR3022 antibody. The hamster model is ultrasensitive to SARS-CoV-2, becoming readily infected and developing severe disease.

In mice, researchers found that:

In hamsters, researchers found that:

The disconnect between viral load and pathogenesis in animal experiments highlights the critical importance of strategic Fc engineering of monoclonal antibodies to maximize protection and minimize pathology.

Based on these animal studies, Fc enhancement would seem to be a liability. However, many Fc modifications can selectively improve NK cell activation, phagocytosis, neutrophil activation or complement deposition, offering potentially more precise mechanisms to control infection.

Whether these immune functions can clear SARS-CoV-2 from infected cells and prevent disease is still unknown. Rapid discovery of novel neutralizing antibodies and pan–cross-reactive CoV antibodies, along with rapid Fc engineering, will provide critical clues about how to generate therapeutics with the highest clinical benefit. 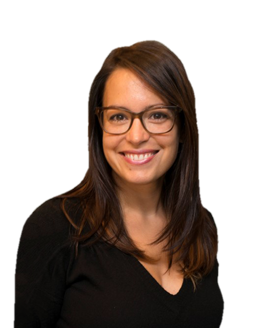 New data on vaccinations among employees at Mass General Brigham has alleviated some concern about the safety of mRNA-based COVID-19 vaccines.

Galit Alter, PhD, of the Ragon Institute of Massachusetts General Hospital, MIT and Harvard, and colleagues have found distinct patterns of humoral immune responses to SARS-CoV-2 that track with whether the patient survived.