From the earliest studies, coagulation abnormalities were noted in hospitalized patients with COVID-19, including elevated d-dimer and fibrinogen, thrombocytopenia and prolonged partial thromboplastin time. One of the major resulting problems was high rates of filter clotting during continuous venovenous hemofiltration (CVVH), which soon became the preferred renal replacement modality for COVID-19 patients in the ICU.

Blood loss and inefficient dialysis during CVVH can be mitigated with systemic anticoagulation. However, the use of systemic unfractionated heparin (UFH) is associated with increased bleeding events in COVID-19 patients undergoing CVVH when partial thromboplastin time is used to guide dosing.

Paul Endres, clinical research coordinator in the Kidney Research Center at Massachusetts General Hospital, and Andrew S. Allegretti, MD, MSc, director of critical care nephrology in the Division of Nephrology, and colleagues have piloted a CVVH anticoagulation protocol in which UFH is dosed according to anti–factor Xa levels. They describe the results in the Journal of Thrombosis and Thrombolysis.

This study was conducted at Mass General and two partner hospitals. Participants were 65 consecutive patients with COVID-19 who were admitted between March 16 and April 27, 2020, and underwent CVVH. An anticoagulation protocol specific to COVID-19 was initiated on April 13 using a standard algorithm, given in the article, in which dose adjustments depend on anti–factor Xa levels.

48 patients received standard care—UFH dosed by partial thromboplastin time. The other 17 patients were treated per the protocol. There were no major differences between these two groups in age, sex, race, ethnicity, body mass index or baseline medications.

54 patients (83%) lost at least one hemofilter, and the median life of the first filter was 6.5 hours. Anecdotally, first filters normally last about 20–40 hours in patients without COVID-19.

There were no differences between the protocolized and standard care groups in the percentage who lost their first filter (88% vs. 81%, respectively) or second filter (73% vs. 72%). However, substantially fewer patients in the protocolized group lost their third filter (55% vs. 93%), so the median life of the third filter was longer in that group (24 vs. 17 hours; P=0.04).

Severe filter clotting was defined as experiencing more than two filter losses in the first 48 hours of CVVH or one filter loss within eight hours. They found:

This study serves as proof of concept that a standardized protocol of using anti–factor Xa levels to guide dosing of systemic UFH is a reasonable approach to anticoagulation in COVID-19 patients undergoing CVVH.

Journal of Thrombosis and Thrombolysis 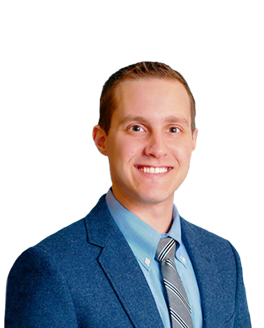 The presence of antibodies against the receptor-binding domain of the spike protein of SARS-CoV-2 was highly predictive of recent infection.

Prothrombin fragment 1.2, a serologic marker of coagulation activation, identified which patients hospitalized for COVID-19 would develop thrombosis, and it was more discriminant than D-dimer.