The scarcity of tests for COVID-19 has been widely reported in the media. The Pathology Department at Massachusetts General Hospital, in association with the Brigham & Women’s Hospital, the Broad Institute and the Ragon Institute of MGH, MIT and Harvard, has been working to create new assays to expand the number of cases that can be tested daily. In this Q&A, David Louis, MD, pathologist-in-chief at Mass General, explains how these tests are being rapidly developed.

Q: What is the scope of testing for COVID-19 currently?

Q: What has Mass General developed so far?

Louis: Through hard work from faculty, trainees and employees in our Microbiology Lab, we developed an LDT (lab-developed test) that went live on March 13, 2020, and were the first hospital in the area to have an assay set up and active. Initially, we were able to test about 25 specimens per day. By switching analytic platforms and acquiring equipment that automated RNA extraction, we were able to expand to about 160 cases per day.

Ten days later, on March 23, 2020, we were able to validate use of a commercial platform, using the Roche Cobas system, which permitted expansion to testing 300 cases per day. That system could potentially do over 1,000 tests per day, but the global demand for resources means that we cannot obtain enough kits to do so many tests. We also have two additional in-house, commercial and FDA-approved tests that at full-speed could get us to 1,000 tests per day, but the supply chain from vendors continues to be unclear for those systems.

There are a number of outside laboratories that are also available for testing. Our colleagues at the Broad Institute are working to set up a test that can do over 1,000 cases a day, and we may be able to send cases to them. There are multiple private companies that are also currently accepting testing at larger volumes, but their turnaround times are slower and their costs are higher.

Q: How does prioritization work for testing?

Louis: We have a strict prioritization list regarding which specimens are testing in house. The highest priorities are for patient management in the emergency department and on the wards, and for testing health care workers. The other, non-acute tests are a second priority.

Q: What are we doing to develop new tests?

Louis: There are three venues in which we are working to develop new assays. 1) There is progress underway in the Pathology Department at Mass General; 2) collaborations between Pathology and other academic departments at Mass General, Brigham & Women’s and the Ragon Institute; and 3) collaborations between the Pathology Department and local companies to develop new tests.

Some of these aim to detect antigens from the virus, and a number of these look promising. Others look to see if a patient has had an antibody response to the virus. Such serological tests for developing antibodies could be important to determine which people can go back to work.

We are also working with local companies on novel detection assays, for instance, quick, point-of-care diagnosis—perhaps even like a home pregnancy tests—to get you an answer right away.

Q: What are the remaining challenges to getting tests up and running?

Louis: The supply chains from vendors are a major challenge for getting reagents at the moment because of the global demand. There’s also a national shortage of transport media and the swabs we need for getting samples. We’re working with vendors to try different media and different swabs, but this could be a limiting factor for collecting samples.

We are also worried about our workforce. If our trained individuals become quarantined or sick, maintaining our lab production could be challenged. And as the COVID-19 problem expands, we are receiving more and more requests from our affiliate hospitals, since they have limited capacity and can’t develop their own tests.

But luckily, we have amazing talent within the department itself, strong collaborations between the Pathology Department and the Infectious Diseases Division and unique collaborations with the Ragon Institute and Broad institute, and those help to move the research and development and the clinical testing forward. 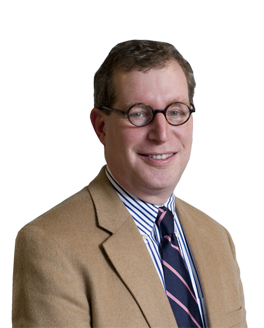 The Use of NSAIDs in COVID-19 Patients: Q&A with Bryan D. Hayes, PharmD

On March 19, 2020, the Department of Medicine held held its second virtual Grand Rounds presentation related to COVID-19. Louise Ivers, MD, MPH, executive director of the Mass General Center for Global Health, along with other members of the Greater Boston and world medical community, presented on the global effects of the pandemic and helping countries that have inequities of care.