According to a study led by Massachusetts General Hospital clinicians, published in PLOS Medicine, government-issued social distancing orders significantly slowed the spread of COVID-19 in the United States after state implementation.

Mark J. Siedner, MD, MPH, clinician in the Division of Infectious Diseases at Mass General, Alexander Tsai, MD, PhD, a researcher and associate director for trainee development in the Chester M. Pierce Division of Global Psychiatry at Mass General, and colleagues reported that statewide physical distancing measures—which were enacted in all 50 states and the District of Columbia—led to an estimated reduction of more than 600,000 cases within three weeks of implementation.

By comparing changes in COVID-19 cases and COVID-19-attributed deaths before and after the implementation of distancing orders, researchers confirmed that the average daily COVID-19 case growth rate began declining approximately one incubation period (i.e., four days) after implementation of the first statewide physical distancing measures. They also reported a decline in the COVID-19-attributed death rate after implementation, which had not been analyzed previously.

While the implementation of distancing orders may have given health care leaders more time to coordinate a response to the outbreak, Dr. Tsai said that a delayed national response still contributed to more cases, noting that "much of the time before these local measures were implemented was simply wasted."

Dr. Siedner emphasized that although distancing has been proven to reduce the spread of COVID-19, it will likely be necessary to implement further measures in order to combat the virus, especially considering that cases are still trending upwards. 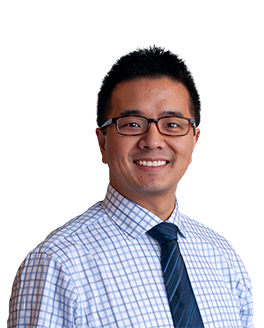 Creating Digital Tools to Combat the Consequences of COVID-19

Massachusetts General Hospital is collaborating with different groups to work on digital initiatives to detect and monitor symptoms for COVID-19, as well as digital care tools for patients in need of remote care.