Vertebral compression fractures (VCFs) are the most common fragility fractures seen in the literature, with between one and one-and-a-half million new cases each year in the U.S. alone. Osteoporosis is the most prevalent cause of VCFs. Consequently, an estimated 40%-50% of patients over 80 years old, and an estimated 25% of women over 50 years old, have sustained at least one such fracture.

In the late 1990s and early 2000s, the technique of vertebral augmentation gained popularity as a means to alleviate back pain stemming from VCFs. Joshua A. Hirsch, MD, vice-chair and service line chief of Neurointerventional Radiology and chief of the Neurosurgical Spine Service at Massachusetts General Hospital, is recognized internationally as an expert in this field. With vertebral augmentation, bone cement is injected into the affected area to try to repair the fracture. Early studies suggested important benefits in using vertebral augmentation, particularly with respect to increased mobility and quality of life. However, the efficacy of the technique was called into question in 2009 when a pair of randomized sham trials showed no additional benefits relative to a sham procedure. The impact of those studies was both swift and profound. The number of patients treated with vertebral augmentation "fell off a cliff," Dr. Hirsch says, with maybe 40% fewer receiving care with the technique.

An Overlooked Benefit of Vertebral Augmentation

Studies of vertebral augmentation published in the years since have produced mixed results with respect to palliative care; of note, a blinded RCT from Australia was definitively positive in terms of benefit. But what of other types of outcomes? Dr. Hirsch and colleagues have observed, for example, that in focusing on its efficacy in palliative care the studies may have missed other benefits of the technique: not least, the potential benefits in mortality. In a series of papers published over the past several years, they have explored the relationship between vertebral augmentation and mortality and shown the technique to offer significant benefits.

First, in a retrospective study reported in 2017 in the journal Osteoporosis International, they looked at the five-year period following publication of the 2009 papers. Here, an analysis of more than two million VCF patients in the U.S. Medicare population both confirmed the sharp decline in the use of vertebral augmentation and showed an associated rise in mortality risk in VCF patients. The 10-year mortality risk for the period of 2010-2014 was 85%, a 4% increase over the period of 2005-2009. Within the 2010-2014 period, the researchers found a greater 10-year mortality risk in the non-surgical management (NSM) cohort than in the patients treated with vertebral augmentation.

Having established the mortality benefits of using the technique, Dr. Hirsch and his team went on to calculate the number needed to treat (NNT) with vertebral augmentation to save one life at one year and up to five years after treatment. In a 2019 paper in the journal Spine, the researchers reported encouraging numbers for two different vertebral augmentation techniques. For kyphoplasty, where the survivability impact was greatest, the NNT ranged from 14.8 at year 1 to 11.9 at year 5.

The Largest-Ever Study of Compression Fractures

Even more recently, Dr. Hirsch and colleagues reviewed the literature to produce a comprehensive understanding of the mortality benefits of vertebral augmentation, particularly with respect to non-surgical management. In a study reported last year in Radiology, the team conducted a meta-analysis of patients with osteoporotic vertebral compression fractures, extending five years before and five years after the drop-off in procedures performed in 2009. With one of the papers considered in the meta-analysis including the U.S. Medicare population, the sample interrogated was the largest ever for a study of compression fractures.

The findings of the study were striking. The meta-analysis showed that patients who underwent vertebral augmentation were 22% less likely to die than patients treated conservatively with non-surgical management up to ten years after the procedure.

The dramatic difference in mortality may at first seem odd for a disease typically referred to as benign. Heart attacks can result in sudden cardiac death, Dr. Hirsch says by way of example, but "people don't generally get a compression fracture and die the next day." But the longer-term impacts of such fractures are often both substantial and complex. For example, an 85-year-old might suffer a compression fracture and experience dramatically reduced mobility beginning the next day, and this may precipitate or at least exacerbate other health concerns that not only impact quality of life but also can result in earlier death. Another factor possibly contributing to the difference: non-surgical management of VCFs has often involved the use of opioid medications, which more recently have been shown to be problematic in geriatric populations.

The issue in which the paper was published also included an editorial from Jack Jennings, MD, PhD, from Washington University's Mallinckrodt Institute of Radiology. In the editorial, Dr. Jennings reviewed the paper's findings and concluded that the researchers had sufficiently addressed the core of the controversy surrounding vertebral augmentation and effectively closed the debate. "With the foundation of an overall survival benefit and utilization of published multidisciplinary treatment guidelines (e.g., RAND/UCLA Appropriateness Method)," he wrote, "a clinical care pathway can be followed by both the treating and the referring physicians to provide appropriate treatment of patients with painful OVCF [osteoporotic vertebral compression fractures]."

Dr. Hirsch agrees that the technique should again take its place as a viable option for treating vertebral compression fractures. "A preponderance of studies has demonstrated a survivability benefit for vertebral augmentation," he says. "These findings ought to be considered when counseling compression fracture patients."

Refer a patient to the Department of Radiology 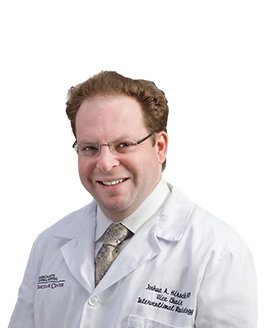 In a retrospective study, spinal surgeons from Massachusetts General Hospital determined that one-third of adults scheduled for long thoracolumbar spinal fusions had osteoporosis before surgery, with two-thirds of those patients receiving no pharmacologic treatment.

Vitaly Napadow, PhD, LAc, of the Martinos Center for Biomedical Imaging, and colleagues have defined a specific role for brain network cross-connectivity in mediating cognitive–affective and sensory dimensions of pain in patients with fibromyalgia.