A central step in idiopathic pulmonary fibrosis (IPF) pathophysiology is the recruitment of lung fibroblasts to the alveolar structures. When fibroblasts sense stiffness in a tissue microenvironment, they secrete extracellular matrix molecules such as collagen, which form a scar and stiffen the tissue further.

Yes-associated protein (YAP) and transcription coactivator with PDZ-binding motif (TAZ) are transcriptional coactivators that act as mechanosensors. In response to high-stiffness in lung tissue, they translocate into the nucleus, where they bind with transcription factors to help upregulate profibrotic gene expression. YAP and TAZ are regulated by hippo pathway kinases.

In previous work published in the American Journal of Respiratory Cell and Molecular Biology, researchers at Massachusetts General Hospital used a high-throughput small-molecule screen to find compounds that can exclude YAP from the cell nucleus. They identified statins as potent inhibitors of YAP nuclear translocation—statins had antifibrotic effects in human lung fibroblasts and a mouse model of pulmonary fibrosis.

Using the same small-molecule screen, the researchers have found similar effects of an inhibitor of Aurora kinase A. Yang Yang, PhD, a research fellow in the Department of Medicine at Mass General, Benjamin D. Medoff, MD, principal investigator of the Medoff Lab and former chief of the Division of Pulmonary and Critical Care Medicine, and colleagues report in the American Journal of Respiratory Cell and Molecular Biology.

Aurora kinases are important regulators of the cell cycle and cell division. Several Aurora kinase inhibitors were top hits from the screen, most notably MK-5108, a highly selective inhibitor for Aurora kinase A.

In human lung fibroblasts, MK-5108 inhibited the activity of focal adhesion kinase (FAK) and actin stress fiber formation, both of which contribute to YAP transduction. MK-5108 also inhibited the signaling of transforming growth factor-β, which plays a role in collagen deposition.

Those changes led to sequestering of YAP in cytoplasm and a significant reduction of profibrotic gene expression in the fibroblasts.

The effects were independent of the effects of Aurora kinase A on the mitotic cell cycle and did not depend on Hippo pathway kinases. Inhibiting Aurora kinase B or C did not change YAP activity.

In a mouse model of pulmonary fibrosis induced by bleomycin, treatment with MK-5108 reduced collagen deposition in the lung.

These results suggest two new directions for future research. First, human studies are warranted to examine the efficacy of Aurora kinase A inhibitors against IPF. More generally, the studies highlight the potential of small-molecule screens for YAP inhibitors to identify agents that have antifibrotic activity.

Explore research in the Medoff Lab 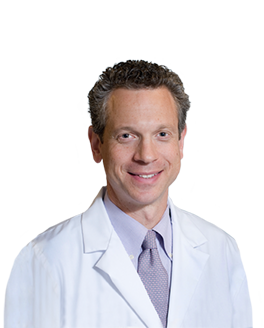 Research at Massachusetts General Hospital identifies a link between endothelial S1PR1 and the development of pulmonary fibrosis.

Translational Research in Radiology: the Clinical Potential of Molecular Imaging of Pulmonary Fibrosis