Today's FLARE will review what is known about the spectrum of disordered inflammation in critical illness and explore the relationship to COVID-19.

Effective strategies for blunting maladaptive host responses to infection have been sought for decades. In line with these ideas, and in light of the current worldwide COVID-19 pandemic, some have recently suggested the use of immunosuppressive or immunomodulatory drugs for the treatment of critically ill adults with SARS-CoV-2 infection. The rationale for such therapies lies in the hypothesis that these patients (or a subset thereof) may exhibit a hyperinflammatory phenotype variably described as secondary hemophagocytic lymphohistiocytosis (sHLH) or “cytokine storm”. Interest in these syndromes has burgeoned in recent years as targeted therapies have become available for the treatment of cytokine release syndrome (CRS), triggered by chimeric antigen receptor T-cells (CAR-T) and other immune-activating therapies. Given the current enthusiasm, and the active enrollment of COVID-19 patients into clinical trials of immunomodulatory therapies, tonight’s FLARE is dedicated to a discussion of hyperinflammatory syndromes and their possible relevance to SARS-CoV-2 infection.

HLH is an aggressive and lethal syndrome of excessive immune activation. Its name comes from a classic (but non-essential) finding on bone marrow biopsy, the “hemophagocyte” – an activated macrophage actively engulfing other blood cells. HLH is most commonly encountered in infants, where it is frequently the result of mutations that impair the perforin-dependent clearance of antigen-presenting cells, such as macrophages, by cytotoxic T-lymphocytes (CTLs) and natural killer (NK) cells. Absent this killing, macrophages continue to secrete inflammatory cytokines (including those that stimulate T-cells) establishing a vicious cycle of CTL, NK, and macrophage activation. The end result of this sustained activation explains many cardinal HLH signs and symptoms: interferons and other cytokines drive high fever; macrophages and lymphocytes infiltrate the liver and spleen to cause hepatosplenomegaly; unconstrained macrophage scavenging of hemoglobin and haptoglobin drives hyperferritinemia; hemophagocytosis contributes to cytopenias; activated CTLs shed their IL-2 receptor to drive accumulation of soluble IL-2r, etc. Based on pediatric trial data, HLH is typically treated with steroids (to suppress T-cell activation), chemotherapeutic drugs such as methotrexate and etoposide (to eliminate these cells), and variably cyclosporine (for durable lymphocyte suppression).

In adults, HLH may reflect either the late presentation of an inherited syndrome or so-called “secondary” HLH (sHLH). sHLH is triggered by malignancy, rheumatologic disease (“macrophage activation syndrome”), or infection. In practice, many cases of sHLH likely represent the confluence of these triggers on a susceptible genetic substrate. Most cancer-associated HLH occurs in the context of T-cell or NK-cell leukemias and lymphomas, in line with the idea that dysfunction of these lineages drives HLH. This shared pathophysiology is also evident in the types of infections which classically precipitate the disorder. By far the most common are infections by viruses of the herpesvirus family (EBV, CMV) and by HIV. These viruses preferentially infect lymphocytes and impair their function; H1N1 influenza, which has been associated with the development of hemophagocytosis, is also able to directly infect NK cells. Among bacterial triggers, tuberculosis is most common. The parasitic disease Leishmaniasis (also a chronic intracellular infection of macrophages) can rarely cause HLH as well.

Thus, essentially all well-established forms of HLH share a common mechanism — the dysregulation of NK and T-cell dependent constraints on macrophage activation. This can be due to either lymphocyte defects (genetic or acquired loss of perforin-dependent killing) or, less commonly, due to primary macrophage activation.

Like HLH, CRS is a disorder of immune hyperactivation but one that is caused by direct hyperactivation of T-cells in the course of immunotherapy for malignancy. The pathophysiology is best understood in the setting of CAR-T therapy, where it is now clear that the risk of CRS is closely linked to the degree of CAR-T engagement, expansion, and cytokine elaboration (IFNg, IL-6, IL-10, GM-CSF, among others). In line with a partially shared mechanistic basis, several upregulated cytokines in CRS are shared with HLH and a small subset of CRS patients also meet clinical criteria for HLH. It is therefore likely that severe CRS can initiate an HLH-like process in which reciprocal hyperstimulation of T-cells and macrophages drives a systemic multi-organ dysfunction syndrome. Steroids effectively treat CRS, but concerns for blunting anti-tumor effects have led to the adoption of cytokine-blocking drugs (tocilizumab, in particular) as first-line therapy.

What role, if any, might these processes play in sepsis, ARDS, or SARS-CoV-2 infection?

Multiple reports in the last decade have proposed that a subset of critically ill patients exhibit clinical features similar to those in HLH and/or CRS. In the context of septic shock, these phenotypes are referred to as reactive hemophagocytic syndrome or as “cytokine storm”. Intense interest has arisen in treating these manifestations in a manner similar to their better-characterized counterparts. However, the extent to which findings of “hyperinflammation” in critical illness represent a causal event in disease progression instead of simply a robust (and possibly appropriate) immune response remains uncertain.

To this point, hemophagocytosis has long been recognized as a relatively common finding (30-40% prevalence) in the bone marrow of patients who die with ARDS or sepsis, conditions which are accompanied by elevations in multiple cytokines. However, such patients rarely fulfill criteria for sHLH nor do their marrows exhibit evidence of the histiocyte hyperplasia typical of sHLH. Likewise, no published data indicates that T-cell specific cytokine hypersecretion, as occurs in CRS, is a common feature of ARDS or undifferentiated sepsis. Taken together, therefore, it remains unclear (1) whether the hypercytokinemia and hemophagocytosis of the unselected critically ill are etiopathologically linked to sHLH/CRS and (2) whether treatments for the latter may be effective in the former.

Given this equipoise, we must turn to the clinical literature if we are to find evidence supporting the use of immunomodulatory drugs in ARDS, sepsis, and, more specifically, in patients with COVID-19 or related coronavirus infections:

Blockade of IL-1 in Septic Shock

TNF-alpha and IL-1beta are key components of the hypercytokinemia of critical illness, therefore IL-1 receptor antagnoism was a promising approach to treating the systemic inflammatory response seen in sepsis and septic shock.

Fisher et al. studied the effects of IL-1 receptor blockade in 893 patients with sepsis (defined by SIRS and evidence of organ dysfunction/inadequate perfusion) and found no difference in 28-day all-cause mortality. Secondary analyses suggested there might exist a subset of “sicker” patients (defined by higher entry risk of mortality) in whom anti-IL-1 therapy might be beneficial. Opal et al. built on these findings and randomized patients with severe septic shock to receive IL-1 blockade but, again, found no difference in 28-day mortality.

In an effort to further sub-stratify patients who might benefit from IL-1 antagonism, Shakoory et al. reanalyzed data from Opal et al. with an intent to identify patients with a serum cytokine profile suggestive of sHLH/MAS. Unfortunately, the identification of such patients was limited by the lack of measured cytokines and serum ferritin, and the investigators had to instead rely on the presence of “hepatobiliary dysfunction” (HBD) and disseminated intravascular coagulation (DIC) as surrogates. These HBD/DIC patients were generally younger and “sicker” as defined by renal injury and rates of shock; notably, they also exhibited higher survival rates at 28 days when treated with IL-1 blockade. Although thought-provoking, these data have some major caveats including that (1) HBD/DIC are poor surrogates for sHLH since neither is required for the diagnosis and both are frequent in critically ill patients without HLH, and (2) only 43 total patients (5% of the original sample) were included in this analysis and therefore the survival difference is only marginally statistically significant despite the large reported effect size. We are not aware of any studies directly assessing the role of IL-1 in SARS-CoV-2 infection.

IL-6 Signaling as a Prognostic and Therapeutic Target

A reanalysis of the VASST trial by Bentzer et al. aimed to understand whether plasma cytokine levels were associated with response to corticosteroid therapy in septic shock. A group of steroid-treated and untreated patients was propensity-matched and subjected to analysis of relative cytokine levels in serum. Elevated levels of 13 plasma cytokines predicted a beneficial effect of corticosteroid treatment, particularly IL-3, IL-6, and CCL4. The authors conclude that there may exist a population of patients identifiable on the basis of cytokine profile who might benefit from routine steroid or other immunomodulatory drug use. Given the clinical availability of IL-6 blocking therapies, inhibition of this pathway has received particular interest thereafter, though no randomized trials in sepsis or ARDS have been performed as yet.

Several groups have reported early data examining IL-6 levels in COVID-19 patients. Ruan et al.reported ~2-fold higher IL-6 and ferritin levels in COVID-19 non-survivors than survivors. Liu et al. also identified a signature of IL-6 elevation associated with hypoxemia accompanying SARS-CoV-2 infection, ~35pg/ml vs. ~5pg/ml (essentially normal), as well as a decrement in IL-6 levels as patients recovered. Taken together, these findings from the Chinese experience suggest IL-6 levels may be associated with SARS-CoV-2 infection severity but do not speak to the specificity of this observation (as compared to undifferentiated ARDS) or to the potential therapeutic efficacy of IL-6 inhibition.

In summary, the pathogenic role of cytokine hypersecretion in critical illness and the therapeutic role for immunomodulation in SARS-CoV-2 infection remain to be established. There may exist a population of COVID-19 patients in whom serum cytokine measurements could guide rational immunosuppressive efforts akin to those used in HLH and CRS, but it remains unclear how to identify such patients and which (if any) targeted therapies might be effective. Indeed, highlighting the challenge of identifying and treating such patients, analogous efforts utilizing glucocorticoids during the MERS and SARS outbreaks revealed no consistent benefit associated with steroid administration. The issue of corticosteroids in COVID-19 is addressed in more detail in tomorrow’s (3/26/20) MGH Medical Grand Rounds. We are nevertheless hopeful that the many ongoing COVID-19 therapeutic trials will reveal novel, evidence-based strategies for treating these patients above and beyond guideline-based ARDS care. 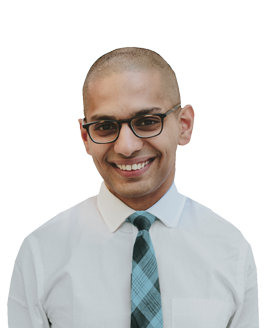 Use of Convalescent Plasma

Today's FLARE will investigate the rationale and evidence for utilizing convalescent plasma in COVID-19.

We review the early literature on the role of CT scanning in the screening, diagnosis and management of COVID-19 patients, as well as the role of early tracheostomy in patients with respiratory failure from COVID-19.