For reconstruction of the elbow after tumor resection in the distal humerus, modular prosthetic systems are typically used instead of total elbow systems. The commonly used modular systems require preparation of the ulnar canal into which an appropriately sized ulnar stem component is placed.

Unfortunately, scant data is available about the bony anatomy of the proximal ulna for use in preoperative planning. Moreover, the ulnar cortex is relatively thin, and even careful preoperative review of lateral radiographs can result in overestimating the minimal canal size when selecting the ulnar component, which predisposes the patient to complications.

Caleb M. Yeung, MD, clinical orthopaedic surgery resident, Santiago Lozano-Calderon, MD, PhD, surgeon in the Orthopaedic Oncology Service at Massachusetts General Hospital, and colleagues have found that the proximal ulna dorsal angulation (PUDA), a measurement easily obtained from radiographs, can predict the proper size of the ulnar stem component in preoperative templating. PUDA measurements may also be useful when templating software is unavailable. The data appear in the Journal of the American Academy of Orthopaedic Surgeons: Global Research and Reviews.

The researchers reviewed lateral elbow radiographs of 514 adults who had no pathology, previous fracture or reconstruction of the ulna. On each radiograph, three researchers measured the PUDA twice, three months apart. The PUDA was defined as the angle formed by the intersection of lines drawn parallel to the non-articulating outer cortex of the olecranon and the dorsal diaphyseal cortex of the ulna.

Patients were stratified into PUDA groups of <5°, 5°–10° and >10°. The researchers randomly selected 221 of the same radiographs, at least 30 from each angle group. Using the TraumaCad software system, they templated two commonly used modular total elbow systems:

Multivariate analysis showed that demographic variables (age, sex, race, weight, height and body mass index) did not substantially contribute to the variance between patients in the PUDA measurement. Thus, preoperative measurement of the PUDA on lateral elbow radiographs is necessary for selecting an ulnar stem component size.

Journal of the American Academy of Orthopaedic Surgeons: Global Research and Reviews 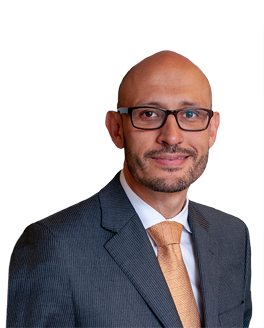 Rohit Garg, MD, MBBS, and Chaitanya S. Mudgal, MD, orthopedic surgeons in the Hand and Arm Center at Massachusetts General Hospital, review the evaluation and surgical treatment of Galeazzi injuries—fractures of the radial shaft associated with disruption of the distal radioulnar joint.

In a retrospective study of patients with upper-extremity sarcoma with prospective follow-up, researchers and surgeons at Massachusetts General Hospital found that, although the reoperation rate was higher, limb salvage with complex reconstruction had long-lasting functional advantages over amputation.