Neuromuscular control in athletes has a central role in their risk of lower extremity injuries, especially knee injuries, and their ability to recover. Body alignment during landing activities is particularly important because many noncontact injuries, such as anterior cruciate ligament (ACL) tears, occur with poor limb alignment during jumping, landing or pivoting.

A popular method of documenting lower extremity neuromuscular control is the drop vertical jump (DVJ) activity. This two-part test requires participants to drop from the edge of a 31-cm box, directly onto the ground below, then immediately jump as high as possible before landing on the ground for a second time.

Current interest in the DVJ focuses on the first landing. However, the second landing, which does not require conscious mental or motor planning, may be more representative of typical landings under various sporting conditions.

The researchers recruited 44 female high school and college athletes—13 gymnasts and 31 softball players (average age 16)—who were training at competitive facilities and had not been injured within the past three months. Most studies of neuromuscular control in women have focused on soccer or basketball players, but gymnasts have a high incidence of ACL tears, and softball players are at high risk of knee injuries.

After a practice trial, the athletes performed the DVJ activity three times while a two-dimensional video was made. Their biomechanics were evaluated with the Landing Error Scoring System (LESS), which calls for the assessment of 17 items: 11 measures of the position of the lower limbs at initial contact with the ground and six measures of joint positions at maximum displacement, and the overall quality of the landings.

The average of the three LESS scores was used as the representative score for each athlete.

Differences Between First and Second Landings

Variability Between Softball Players and Gymnasts

The researchers had hypothesized that there would be greater between-participant variability in LESS scores for the second landing than for the first landing. That proved to be true of the entire cohort and the subgroup of softball players.

However, among gymnasts, there was no significant difference in the variations between the three trials of the first landing compared with the second.

This difference between softball players and gymnasts in this regard is probably attributable to the training they receive:

Scoring both the first and second landings during the DVJ activity seems to provide a more comprehensive view of an athlete's neuromuscular control than assessing the first landing alone.

About the Sports Medicine Center at Mass General

Refer a patient to the Sports Medicine Center at Mass General 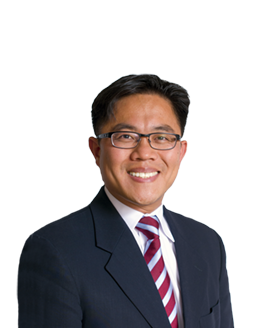 By bringing together multidisciplinary specialists to focus on sex-specific risk factors, orthopedic surgeons at the Women's Sports Medicine Program at Massachusetts General Hospital are working to improve treatments and outcomes for female athletes.

Researchers from the Department of Orthopaedics discuss the clinical and translational work they are doing at Massachusetts General Hospital.