Even as elite sports for women become more entrenched, a knowledge gap persists with respect to the etiology of sports injuries in women and treatment of female athletes. Miho J. Tanaka, MD, sports medicine surgeon in the Department of Orthopaedic Surgery at Massachusetts General Hospital, believes better education and greater awareness is needed for both patients and providers.

"Injuries to the anterior cruciate ligament (ACL), one of the most common injuries in athletes, are four to eight times more likely to occur in female athletes than their male counterparts," says Dr. Tanaka.

ACL injuries occur most commonly in athletes who participate in cutting and pivoting sports such as football, basketball and soccer. Dr. Tanaka says, "Not only is the number of female athletes growing exponentially since the passing of Title IX, but the types of sports that girls are playing are also changing."

Data from her 2017 study, conducted at Johns Hopkins Medical Center with the National Federation of High School Sports, shows a steady increase in the number of girls participating in high school sports, with the most rapid increases in historically male-dominated sports such as hockey, wresting and football.

"In a field in which the treatment algorithm relies on the knowledge of the patient's sports- and activity-related goals," says Dr. Tanaka, "we need to be able to keep up with, and understand the implications of these changes in order to best support these athletes."

Women are rapidly breaking barriers in sports, and so understanding the problem of increased ACL injuries in females is of major importance. An injury to the ACL is typically a season-ending event, requiring surgery and many months of rehabilitation. There are 200,000 ACL reconstructions that are performed each year and Dr. Tanaka's team previously identified that the rate of ACL reconstructions in women is increasing at three times the rate of men.

Though ACL injuries are commonly thought of as collision injuries, for women, the majority occur without contact with another player. Up to 80% of these injuries in females occur with a pivoting or deceleration event, at which point the knee buckles and gives way.

"While many factors can influence this, the main modifiable risk factor for the increased rate of ACL tears in female athletes has been related to differences in neuromuscular control," says Dr. Tanaka. "Women more commonly have deficits in neuromuscular patterns of movement that can place more stress on the ligament during these types of activities."

Fortunately, studies have shown that addressing this muscle imbalance with preventive strengthening exercises can reduce the rate of risk for ACL injury in women by 60% to 90%.

"I think if every parent and coach knew that their female athletes are four to eight times more likely to tear their ACL than males," she says, "and that the risk could be decreased by up to 90% with preventative exercises, that every girl's and women's teams would be teaching these concepts."

Recent 20-year follow-up studies show that women have lower rates of return to sporting activities after undergoing ACL surgery. "By the time the athletes come to see me, it's too late," says Dr. Tanaka, emphasizing the importance of public education and injury prevention outreach through the Women's Sports Medicine Program.

"What we currently know," says Dr. Tanaka, "is that women have sex-specific risk factors for sports injuries that appear to be related to differences in anatomy and neuromuscular patterns, with more recent studies shedding light on the relationship between hormones, nutrition and even concussions, and the occurrence of lower extremity injuries."

This issue requires a team of experts who can treat the athletes with a comprehensive approach. Dr. Tanaka previously developed and directed the Johns Hopkins Women's Sports Medicine Program for four years prior to joining the staff at Mass General.

"The great thing about being at a place like Mass General is that you can find the world's expert in any given topic, right here at this institution. And to have each expert from their respective fields collaborating to advance care for female athletes is an exciting and gratifying project," she says.

"Together, we can treat the female athlete in a comprehensive manner," says Dr. Tanaka. "This can be beneficial for the patient to have their providers working together to address their diagnoses, but also helpful for us as clinicians and researchers to improve our understanding of the interplay between musculoskeletal health and the many different branches of medicine."

While promoting a better understanding of ACL injuries and prevention in women is an important focus in the Women's Sports Medicine Program, this topic represents the tip of the iceberg when it comes to optimizing medical care for current and future female athletes.

"The field of women's sports is rapidly evolving," says Dr. Tanaka. "Women are involved in high-level sports more than ever before and continue to break glass ceilings. Having specialists at the top of their fields working together to provide comprehensive care, collaborative research and educational outreach will help more female athletes to stay active and hopefully support the advancement of women in sports during this exciting era of change."

Learn more about the Sports Medicine Center at Mass General

Refer a patient to the Mass General Department of Orthopaedics 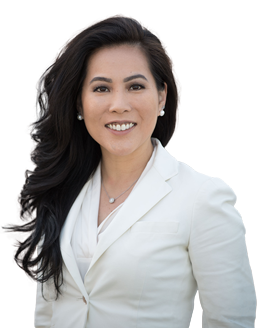 VIDEO: The Impact of Knee Injuries on NFL Players

Orthopaedic Surgeon Mark Price, MD, PhD, and his colleague describe how the systematic grading of meniscus and cartilage damage in NFL players following a knee injury can be an effective way to predict future athletic performance.

In this video, Ashwin Babu, MD, sports medicine physiatrist, discusses the development of non-operative, regenerative medicine treatments that tap into a patient’s natural reserve of growth factors to speed up healing processes.