RSA may be particularly useful for revisions, as it can compensate for soft tissue and bony deficiencies because of its semiconstrained articulation, medialized center of rotation and glenoid ingrowth and compression capabilities. Jon J.P. Warner, MD, chief of the Shoulder Service at Massachusetts General Hospital, and colleagues recently found that the reverse prosthesis is now overwhelmingly the predominant implant for revision shoulder arthroplasty at two tertiary referral centers. The report is published in the Journal of Shoulder and Elbow Surgery.

Dr. Warner's group reviewed the clinical databases of two high-volume shoulder surgeons at two tertiary referral centers for the period January 1, 2005, through December 31, 2016, which they call the "era of the reverse." Patients were included if they underwent revision to a hemiarthroplasty, anatomic total shoulder arthroplasty or RSA.

RSAs as a percentage of all revisions increased in a number of patient subgroups over the study period:

The increasing use of RSA for revisions indicates surgeons' increasing confidence in its ability to overcome complex pathologies, to withstand large loads and high demands through the shoulder and to endure long term.

The authors predict that the increasing use of shoulder arthroplasty will be accompanied by a gradual increase in the need for revision surgery for implants that fail. They consider the reverse prosthesis likely to continue to be the dominant implant in the revision setting.

Journal of Shoulder and Elbow Surgery

Learn more about the Shoulder Service at Mass General

Refer a patient to the Shoulder Service at Mass General 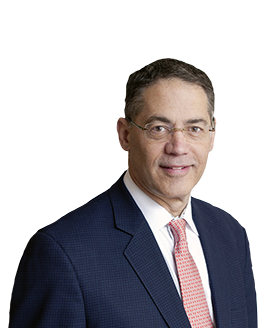 At the AAOS Annual Meeting 2018, Jon J.P. Warner, MD, chief of the Shoulder Service at Massachusetts General Hospital, described how he used virtual planning to perform shoulder replacement surgery in a patient with a severe glenoid socket deformity.