A Massachusetts General Hospital trained biomechanics expert has been studying how baseball pitchers, batters, and position players move and how their body mechanics relate to their health and performance.

Donna Moxley Scarborough, PT, MS, PhD, senior sports medicine research scientist in the Sports Medicine Center at Mass General and biomechanist for the Boston Red Sox, completed her doctoral studies at the MGH Institute of Health Professions in 2018 under the supervision of Eric M. Berkson, MD, sports medicine surgeon and team physician for the Boston Red Sox. Years of biomechanical and clinical data collection and collaborative research with other members of the Mass General Brigham Sports Medicine team have resulted in a wealth of data to explore. She hopes that her novel research of movement patterns and performance will lead to better understanding of injury in baseball and will eventually help players at every level stay healthier in the sport.

"Biomechanics is unique, in that we use our understanding of the anatomy and physiology of the entire musculoskeletal system, as well as the neuro-musculoskeletal system—the coordination that comes from understanding motor control—and then merge it all together to improve performance in activity and reduce susceptibility to injury," says Dr. Scarborough. "With the push to be active and keep our hearts and joints healthy, there's a great need for this movement analysis research."

A History of Leading Research in Biomechanics

Mass General's Department of Orthopaedic Surgery has been known worldwide as a leader in the field of biomechanics since the late 1990s, says Dr. Scarborough. She participated in early work in Mass General's first human three-dimensional (3D) biomechanics lab, the Mass General Biomotion Lab. In this lab, she used one of the first 3D human motion capture technology systems in the U.S. Plates with embedded lights three inches in diameter were placed on subjects. Video cameras tracked the lights and computer-scripted physics calculations created fifteen-segment model of subjects' bodies. This allowed researchers to track subjects' movements during functional movements like walking and rising from a chair.

A major area of inquiry for Dr. Scarborough in the lab was understanding which muscles altered normal walking patterns in children with cerebral palsy and working with orthopedic clinicians to make recommendations on surgical approaches and injections to improve these patients' gait.

"Technological advancements made it easier for those being evaluated by the lab to move and perform different activities at faster speeds and in different places. We used this now-'gold standard' 3D biomechanics motion capture system to evaluate athletes eager to perform their sport better and avoid injury. This also opened the door for several sports biomechanics research projects, including studies of runners, golfers, soccer players, and, my personal favorites, baseball and softball players," says Dr. Scarborough. "At that time (around 2011), this lab was one of the largest biomechanics labs in the country, and it allowed us to capture and study complex activities like baseball pitching. We could track movement at a more granular level. Now, ten years later, technology allows for this type of research to be performed outside the lab using wearable sensors and video cameras with no reflective markers. It's an exciting time for sports medicine clinicians and researchers interested in biomechanics."

While working as the clinical and research director of the former Mass General Orthopaedic Sports Performance Lab, Dr. Scarborough ran the biomechanics motion capture lab described above. Data on baseball pitching collected there by Dr. Scarborough and Dr. Berkson became part of the former's doctoral work examining kinematic sequence—how parts of the body transfer momentum during dynamic movement such as throwing, hitting or kicking a ball. Her work on the kinematic sequence of throwing was recently published in the Journal of Sports Science and Medicine and summarized for Advances in Motion.

"An efficient kinematic sequence allows the body to use the bigger muscles to generate power, creating a velocity which then transfers out to the smaller body segments so that our smaller muscles don't have to do as much work," she explains. "For pitchers, the ideal movement pattern is one that harnesses efficiency by transferring velocity from the proximal parts of the body to more distal body segments: creating peak velocity of the pelvis first, then the torso, the upper arm, the forearm and the hand, in that order. Pitching is a series of timed movements and the most efficient movement is when each body segment generates its own velocity and then shuts off quickly just as it peaks so the next segment can build on that transferred velocity. This additive transfer of motion is also called the summation principle."

Demonstrating Which Throwing Patterns Are Safe, Most Effective

Studying pitchers of all ages, Dr. Scarborough and her colleagues identified sixteen different kinematic sequences that subjects used to generate velocity (published in Medicine & Science in Sports & Exercise). Certain patterns used the most efficient, safest sequence, while others put added stress on the elbow or shoulder—decreasing performance and increasing the risk for injury.

To better communicate the findings to those who work closely with athletes, such as physical therapists, athletic trainers and physicians, the team grouped the throwing patterns into four anatomical categories:

"No one had done this level of detailed analysis on the kinematic sequence with real players before, and having a system to classify movement patterns during pitching opens new doors to future analysis," Dr. Scarborough says. "It's getting us closer to understanding how to help these players at all ages perform at their highest ability with less joint trauma."

Applying Findings to Individuals, Other Sports

Looking to the future, she and her colleagues have initiated research examining how individual and situational factors— height, weight, muscle, left- versus right-handedness, even pitch type—influence the performance of the kinematic sequence. Their research comparing kinematic sequences during curveball and fastball baseball pitches was recently published in Frontiers Sports Active Living.

Dr. Scarborough, Dr. Berkson and other researchers from Mass General Brigham Sports Medicine have applied their new knowledge of the kinematic sequence to research on softball pitching, baseball batting and the golf swing. The concept of measuring velocity transfer across interconnected body segments during other skilled sport activities, such as a tennis swing or a soccer kick, are future research avenues.

"My hope is that this body of research will continue to grow and help sports medicine specialists understand how to translate biomechanics and integrate biomechanical knowledge into care programs to improve performance as well as longevity in sport," Dr. Scarborough says. "I'd like to see biomechanical analyses applied in the rehabilitation and training of athletes of all ages and abilities."

Refer a patient to the Sports Medicine Service 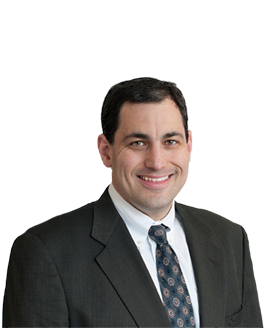 On stress radiography, the difference in joint space opening of injured versus uninjured elbow was not significantly related to the severity of injury to the ulnar collateral ligament.

Researchers in the Sports Medicine Service have determined that instructing baseball pitchers in the ideal kinematic sequence (the pattern of energy transfer in the body) could protect them from injury to the shoulder and elbow, regardless of whether they throw from the traditional windup or the stretch delivery.