Approximately 33% of melanomas begin in benign nevi. Shadmehr (Shawn) Demehri, MD, PhD, director of the High Risk Skin Cancer Clinic of the Center for Cancer Research at Massachusetts General Hospital, PhD candidate Erik B. Schiferle, and colleagues have determined it may be possible to harness the immune response to these nevi to prevent and treat melanoma. Their report appears in Science Advances.

The researchers transplanted common melanocytic nevi from 33 human volunteers onto severely immunodeficient mice. Unexpectedly, 82% of the transplanted nevi were spontaneously rejected. Additional experiments demonstrated that activation of CD4+ T helper 1 cells in the nevi was responsible for the rejection.

Ordinarily, CD4+ T helper 1 cells in nevi are held in check by regulatory T cells (Tregs), which prevent rejection of nevi. That action was lost when nevi were transferred into mice.

The researchers confirmed the role of Tregs in their model. Using a low dose of human interleukin-2, they bolstered Treg function in nevi that had been newly transplanted into mice. Five of six xenografts that had IL-2 administered remained stable, then were rejected once IL-2 was stopped.

Therefore, the next important step could be to develop a localized or topical agent for application to nevi that would suppress Tregs.

Mice With Rejected Nevi Are Protected From Melanoma

The researchers injected human melanoma cells into sites on the mice where nevi had been rejected. Melanoma growth and metastasis were significantly blunted at those sites compared with control sites where melanoma cells were implanted into normal human skin.

Activation of CD4+ T helper 1 cells residing in nevi is a novel strategy to prevent progression to melanoma in high-risk individuals. It may also enhance the effects of immunotherapies for the treatment of melanoma. 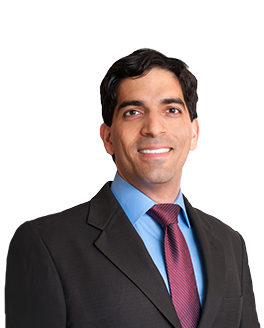 Shawn Demehri, MD, PhD, of the Center for Cancer Research and the Cutaneous Biology Research Center, and team discovered that commensal papillomaviruses cross protect against skin cancer in mice and human tissue—and further findings suggest T-cell–based vaccines may have a role in preventing squamous cell carcinoma.