Sacituzumab govitecan (SG), which is now fully approved for the treatment of pre-treated metastatic triple-negative breast cancer (mTNBC), is an antibody–drug conjugate (ADC):

Aditya Bardia, MD, MPH, director of Breast Cancer Research at the Center for Breast Cancer, and Leif W. Ellisen, MD, PhD, program director of Breast Medical Oncology, both at the Massachusetts General Hospital Cancer Center, and colleagues have detected parallel alterations in the genome of mTNBC cells that let them develop resistance to SG. In Cancer Discovery, they explain the relevance of these findings to other ADCs.

The researchers analyzed tumor lesions from a patient with mTNBC who had a profound and prolonged response to SG (45% tumor regression for >8 months). They compared pre-SG lesions with nine lesions obtained after disease progression, then reconstructed the phylogenetic relationships of resistant metastatic lesions.

The "phylogenetic tree of resistance" had two major branches, which appeared in mutually exclusive lesions:

TACSTD2/TROP2 mutation—The hallmark of the second branch of resistance was T256R, a missense mutation of TACSTD2/TROP2, the gene that encodes TROP2. It was present at high frequency in multiple thoracic lesions. Laboratory studies by the team showed how this mutation may induce resistance, and no somatic mutations of this gene have been reported previously.

These findings have implications for sequencing ADCs in oncology. Resistance to SG due to alterations in TOP1 probably confer cross-resistance to ADCs that have similar payloads, but treatment with the same antibody and a different payload might be beneficial. 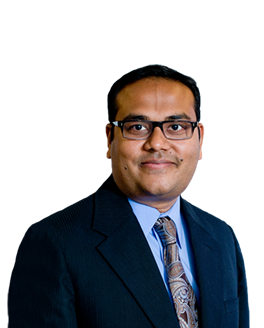 Aditya Bardia, MD, MPH, of the Cancer Center, and colleagues conducted the trial that led to accelerated approval of sacituzumab govitecan-hziy, an antibody–drug conjugate, for relapsed/refractory metastatic triple-negative breast cancer.

Dejan Juric, MD and colleagues have provided proof of concept that a single genetic event—in this study, loss of PTEN expression in estrogen receptor–positive, HER2-negative advanced breast cancer—can cause cross-resistance to multiple targeted therapies and affect subsequent lines of treatment.