In 2012, the American Society of Clinical Oncology published guidelines recommending the integration of palliative care (PC) services into the treatment of patients with advanced cancer. Since then, studies of patients with gynecologic cancers have demonstrated benefits of PC including improvement in symptoms, quality of life and clarity about goals of care at the end of life.

The use of PC in the cervical cancer population, however, has not been studied extensively. This is a concern because populations with cervical cancer are often younger, more racially diverse and of lower socioeconomic status than those with ovarian or endometrial cancer and may have different needs at the end of life.

Alexandra S. Bercow, MD, a resident in the Department of Obstetrics and Gynecology at Massachusetts General Hospital, Whitfield B. Growdon, MD, a specialist in the Division of Gynecologic Oncology and the Mass General Cancer Center and a researcher in the Vincent Center for Reproductive Biology, and colleagues found in a retrospective study that most women with cervical cancer are still not referred to PC. Referrals that do occur are often reactive rather than preemptive efforts to respond to end-of-life needs. The findings appear in the International Journal of Gynecologic Cancer.

The chart review included 153 patients who died of cervical cancer after receiving longitudinal treatment at Massachusetts General Hospital or Brigham and Women's Hospital any time between January 1, 2000, and February 15, 2017. Both hospitals have had PC departments since before 2000, offering both inpatient and outpatient services.

Proportion and Timing of PC Referrals

Quality of Care at End of Life

In multivariate analysis, PC was independently associated with fewer of the following in the last month of life:

The National Quality Forum defines such admissions in the last month of life as aggressive, poor-quality end-of-life care.

Patients who had PC evaluation were also:

If these data were extrapolated to communities where resources are more limited, both within the U.S. and in low-income and middle-income countries, rates of referral to PC would presumably be even lower. Yet the outcomes in this study imply such referrals can help patients with cervical cancer reduce aggressive care while maintaining autonomy to pursue disease-directed treatment at the end of life. 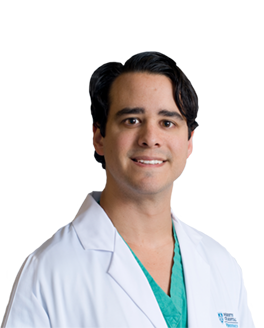 In this video, Whitfield Growdon, MD, a specialist in the Division of Gynecologic Oncology and the Mass General Cancer Center and a researcher in the Vincent Center for Reproductive Biology, discusses the development of immunotherapy, found to be particularly important for endometrial and ovarian cancers.