During pregnancy, the recommended management of opioid use disorder (OUD) is with buprenorphine or methadone plus behavioral therapy. The use of medication has been associated with lower rates of maternal relapse and overdose, better adherence to prenatal care, reductions in preterm birth and improved birth weight.

Unfortunately, Black non-Hispanic and Hispanic women are significantly less likely than white women to use medications for OUD consistently or at all. That's according to a report in JAMA Network Open from Davida M. Schiff, MD, medical director of the HOPE Clinic, a program of the Massachusetts General Hospital Substance Use Disorders Initiative, and Elsie M. Taveras, MD, MPH, chief of the Division of General Academic Pediatrics at MassGeneral Hospital for Children, and colleagues.

The study made use of a Massachusetts data warehouse that links a variety of statewide datasets, such as data on insurance claims, addiction services and prescriptions. The researchers identified 5,247 live deliveries at ≥20 weeks' gestation between October 1, 2011, and December 31, 2015, to women who had clinical indications for OUD treatment during pregnancy. The cohort was 87% white, 9% Latina and 4% Black.

66% of the deliveries were to women who received any medication for the treatment of OUD in the year before delivery. Overall, the use was consistent (at least six months of continuous treatment during pregnancy) in 38% and inconsistent in 28%.

There were significant differences in medication use by race/ethnicity:

Methadone treatment was similar across racial/ethnic groups, but use of buprenorphine was lower among Black non-Hispanic and Hispanic women. This finding is worrisome because the 2020 MOTHER study, published in the New England Journal of Medicine, detected fewer infant withdrawal symptoms with buprenorphine than methadone.

Marital status, insurance status and urban vs. rural residence were all associated with differences in the use of medication to treat OUD. Still, race/ethnicity explained about 3% of the variance. The racial/ethnic disparities were quantified as:

The disparities were even greater among women age 25 and younger:

Both current and historical factors may influence these findings. For example, the punitive responses to pregnant women who use drugs may make women of color distrustful about disclosing substance use during pregnancy and result in avoidance of treatment.

Multiple factors can interfere with the consistent use of the medication, including delayed identification of OUD, racial discrimination by clinicians, cultural and language barriers, perceived stigma and minimal social supports. Clinicians and public health organizations should work to reduce barriers to treating OUD in all pregnant and postpartum women.

Learn more about the HOPE Clinic

Refer a patient to the Obstetrics Program at Mass General 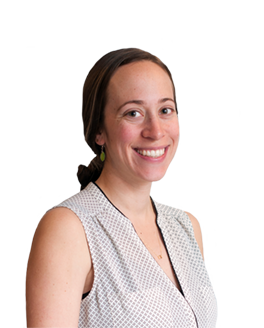 The U.S. Department of Human Health Services finalized a rule on Section 1557 of the Affordable Care Act, effectively removing nondiscrimination protections for patients in the LGBTQ community. In this Q&A, Robbie Goldstein, MD, PhD, discusses how to create affirming spaces for transgender and nonbinary patients.