Hemoglobin A1c (HbA1c) is not recommended as a tool for diagnosing gestational diabetes, because compared with oral glucose tolerance testing (OGTT) and self-monitoring of blood glucose (SMBG), it's a less reliable marker of glycemia during pregnancy.

On the other hand, HbA1c is accepted for the screening of pre-existing diabetes in early pregnancy, confirming glycemic control in women performing SMBG and assessing glycemic control if SMBG is inadequate. Still, HbA1c is affected by conditions that alter the lifespan of red blood cells (RBC), and pregnancy is one of those. Pregnant women exhibit altered RBC kinetics, increased erythropoiesis and hemodilution.

Based on interim results from a prospective study, researchers at Massachusetts General Hospital suggest accounting for gestational age and maternal hemoglobin levels when interpreting HbA1c levels in pregnant women. P. Kaitlyn Edelson, MD, fellow in the Maternal-Fetal Medicine Program, Camille E. Powe, MD, endocrinologist and co-director of the Diabetes in Pregnancy Program, and colleagues report the basis for this recommendation in the Journal of Clinical Endocrinology and Metabolism.

The Study of Pregnancy Regulation of Insulin and Glucose (SPRING) is examining the longitudinal change in insulin physiology across pregnancy and the postpartum state in women who did not have diabetes but had risk factors for gestational diabetes.

Participants were enrolled between 2016 and 2019 if they had at least one of the following:

Participants had an OGTT and an HbA1c assay performed on the same day during each of three time periods:

An interim analysis of 102 participants was conducted on data available as of August 2019.

According to these results, HbA1c can underestimate maternal glycemia in mid- to late-gestation, and underestimation is more likely in women with lower hemoglobin levels. Accounting for maternal hemoglobin level and gestational age may improve the interpretation of HbA1c levels during pregnancy.

Journal of Clinical Endocrinology and Metabolism

Learn more about the Diabetes in Pregnancy Program 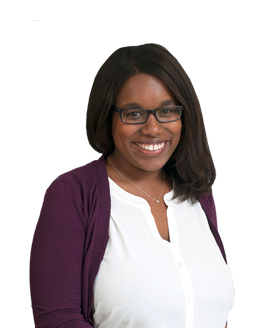 Among nulliparous women presenting with prelabor rupture of membranes at term and unfavorable cervical dilation, oxytocin was associated with a significantly shorter admission-to-delivery interval and fewer vaginal exams compared with buccal misoprostol.

Among live births achieved through assisted reproduction, higher paternal folate intake prior to conception was associated with slightly longer gestation.