David L. Perez, MD, MMSc, director of the Functional Neurological Disorder (FND) Treatment Program in the Departments of Neurology and Psychiatry at Massachusetts General Hospital, discusses FND, a condition that sits between neurology and psychiatry. In this video, Dr. Perez explores how to bridge the gap between diagnosis and treatment planning for those with FND.

While sensory motor symptoms are core features of functional neurological disorder, many patients also have additional bodily symptoms. These can include pain and fatigue. Additionally, depression, anxiety, trauma-related symptoms are quite prevalent. What is notable is that there is significant heterogeneity in the presentation of this population. We try to frame it that one size does not fit all. Notably, diagnosis is based on physical examination. These are rule-in signs that we appreciate in the clinic, yet there is a gap. There is a gap between diagnosis and treatment planning, and we think about the bio-psychosocial model which is foundational to psychiatry, as bridging the gap between diagnosis and treatment. While the field remains in its early stages, our work and that of others in the field are showing several particularly important mechanistic findings.

One of the core findings that's being identified is that limbic and salience network brain areas are hyperconnected to motor control brain areas. This suggests potentially that emotion processing areas may be hijacking the motor circuitry. Additionally, other research groups are identifying that brain areas involved in self-agency, the sense that we are the authors of our own movements, are important in the pathophysiology of functional neurological disorder. Relatedly, attentional mechanisms, and attention to the body is also an important aspect of the pathophysiology of functional neurological disorder. We are coupling patient reported symptom severity, based on self-report questionnaires, and we're looking to see how symptoms map onto the overall brain architecture as it pertains to gray matter volume, functional connectivity profiles, and white matter tracks.

We also showed that the functional connectivity profile from the left anterior insula also related to patient-reported symptom severity. This again builds upon the literature that the salience network is important in the pathophysiology of functional neurological disorder and with our functional connectivity research, relationships between the insula and its connection to other salience network and motor control areas also predicted patient-reported symptom severity. 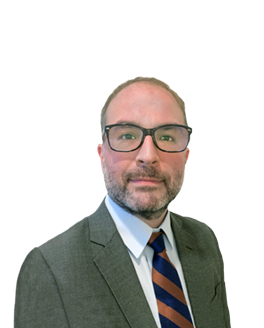