36 U.S. states and the District of Columbia allow residents to obtain a medical marijuana card and use cannabis to treat a variety of health concerns. But in a randomized trial, Massachusetts General Hospital researchers found ownership of a medical marijuana card was associated with an almost tripled risk of developing cannabis use disorder (CUD) within just 12 weeks.

In their report in JAMA Network Open, Jodi M. Gilman, PhD, director of neuroscience in the Center for Addiction Medicine (CAM) at Mass General, Randi M. Schuster, PhD, director of neuropsychology at CAM, and colleagues add that participants who sought a medical marijuana card because of anxiety or depressive symptoms were at especially high risk of CUD.

The researchers conducted the single-site trial between July 1, 2017, and July 31, 2020. Individuals were eligible if they were 18 to 65 years old and sought medical marijuana to improve pain, insomnia, or symptoms of anxiety or depression. Importantly, exclusion criteria included daily use of cannabis, a CUD diagnosis, or another current substance use disorder (except mild or moderate alcohol use disorder or nicotine use disorder).

269 participants were randomly assigned to obtain a medical marijuana card immediately or to be put on a waiting list for 12 weeks. Participants from both groups could choose their cannabis products, dose, and frequency of use. Those who obtained their cards used cannabis products from a dispensary with the required medical oversight.

All participants had in-person visits at the start of the study and two, four, and 12 weeks later. At all those time points they completed questionnaires and provided urine samples. A researcher telephoned each participant at week 8 to inquire about adverse events.

The primary outcome measures were the:

The primary results were:

During the 12-week trial, 17% of individuals in the group that already had their cards were given a CUD diagnosis at one or more study visits. In the waitlisted group, that figure was 9%.

Once the researchers accounted for other factors that can influence the development of CUD, the group that already had their cards was at nearly three times higher risk of CUD (adjusted OR, 2.88; 95% CI, 1.17–7.07; P=0.02).

Rates of CUD were even higher in the subgroup of patients who wanted a medical marijuana card because of anxiety or depressive symptoms. 13 of 46 participants (28%) already had their cards versus four of 37 participants (11%) in the delayed card acquisition group who developed CUD.

No participant who received their cards displayed an increase in psychotic symptoms, mania, hypomania, suicidal ideation, or suicidal behavior during the trial.

For healthcare professionals and the public alike, the key messages from this trial are: 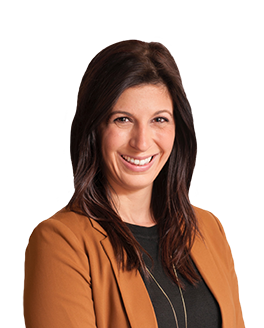 New research shows that halting cannabis use for thirty days can have a measurable effect on memory in adolescents and young adults. The study showed improvements in memory functions that are essential for learning.

Data from a double-blind, placebo-controlled crossover study suggest that activation of the prefrontal cortex, detectable by a noninvasive, portable form of imaging, is a biomarker of cannabis intoxication.