To improve functional outcomes after stroke, scientists are trying to understand why recovery varies widely between patients in the weeks and years after stroke onset. There's emerging evidence that microRNAs have an important role in this variation.

MicroRNAs alter messenger RNA transcripts and thereby regulate post-translational gene expression. There are microRNAs in neurons, but those in whole blood are potentially more clinically relevant since they're more accessible. MicroRNA expression profiles derived from whole blood are thought to reflect important interactions between brain pathological processes and systemic factors, such as vascular inflammation or environmental exposures.

Using data from the very well-characterized Framingham Heart Study, Joel Salinas, MD, MSc, MBA, of the McCance Center for Brain Health at Massachusetts General Hospital, Honghuang Lin, PhD, at Boston University, and colleagues have found evidence that a microRNA designated miR-574-3p plays a role in regulating chronic brain and systemic cellular response to stroke. Their report appears in PLoS One.

The researchers examined data on 2,495 members of the Framingham Heart Study Offspring Cohort who attended exam cycle 8 in 2005–2008. The average age of these participants was 66 years (range, 40–92) and 55% were women.

During exam cycle 8, whole blood was collected and 346 microRNAs were profiled. 257 microRNAs were expressed in at least 30% of samples and were used in the current analysis.

Association of microRNA with Stroke

The association persisted after adjustment for age, sex, technical factors and clinical characteristics of the participants, including the use of medications commonly prescribed after stroke. There were no significant associations between any microRNA tested and new-onset stroke, possibly because of the smaller number of participants in that group.

miR-574-3p expression was significantly associated with the expression of 1,063 genes in whole blood. The paper lists the top 20 genes and the top 10 pathways enriched with those genes. Many of the genes were enriched in pathways involved in non-alcoholic fatty liver disease and Alzheimer's disease.

The researchers then identified 34 genes that may be targets of miR-574-3p. Six of them (ATPIF1, CLTC, FOSL2, KIAA1033, RXRA and SRF) were significantly associated with miR-574-3p in whole blood.

The researchers then used data from the Religious Orders Study and the Rush Memory and Aging Project to study links between miR-574-3p and gene expression in brain tissue. They detected significant associations of miR-574-3p with DBNDD2, an apoptosis response gene that is implicated in neurodegeneration and neuronal injury, and ELOVL1, which regulates fatty acid synthesis, particularly in the brain. ELOVL1 was also significantly associated with miR-574-3p in whole blood.

The researchers infer that miR-574-3p might exert its effect through brain-related pathways, particularly neurometabolic function and chronic response to neuronal injury. While acknowledging that across-sectional analysis cannot establish causality or directionality between microRNAs and stroke, they conclude that miR-574-3p merits further exploration as a potential biomarker or treatment target in cerebrovascular disease. 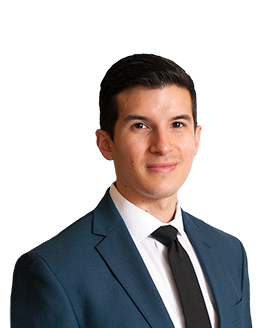 Researchers have demonstrated that a fully automated ensemble of algorithms, trained to phenotype one center's MRI scans of patients with ischemic stroke, can be transferred to evaluate MRI data from other centers accurately—facilitating a big data approach to genome-wide association studies of stroke.

Technological innovations can educate the public about endovascular stroke, help emergency responders evaluate stroke severity and improve triage to comprehensive stroke centers, according to a review by Mass General neurologists.