Mental health is a growing public health concern on college campuses across the United States, as rates of depression, anxiety and suicidality are rising among students. For minority students, however, no update on mental health diagnoses and symptoms has been published within the last 10 years.

Justin A. Chen, MD, MPH, medical director of Adult Outpatient Psychiatry Services and co-founder of the Center for Cross-Cultural Student Emotional Wellness at Massachusetts General Hospital, and colleagues recently addressed the knowledge gap by analyzing mental health data from the American College Health Association–National College Health Assessment (ACHA-NCHA). They report in Depression and Anxiety that mental health diagnoses were common, but more so for racial/ethnic, sexual or gender minorities. Their results point to an urgent need for new service utilization strategies, especially for these minorities.

The research team examined data on 67,308 undergraduates from the Spring 2015 ACHA-NCHA comprised of a random sample of students from 108 postsecondary institutions. One in four students reported having been diagnosed or treated in the prior year. One-fifth of all students surveyed had thought about suicide, 9% reported a suicide attempt and nearly 20% reported self-injury.

The rates of all four were lower among Hispanics, Blacks and Asians compared with Whites, but differences in rates of suicidality or self-injury were less substantial (Table 1).

The researchers comment that stigma, language and cultural pressure not to disclose mental health symptoms may discourage racial/ethnic minorities from seeking professional help, leading to lower rates of diagnosis. In addition, diagnostic instruments and treatment interventions may contribute because they may not be culturally sensitive.

More than half of bisexual students reported suicidal ideation and self-harm, and more than a quarter reported having attempted suicide. Confirming earlier research, these rates were higher than those for gay/lesbian students and for students who said they were unsure of their sexual orientation.

The high rates of diagnoses among sexual minorities might reflect greater service utilization, the researchers comment. Even so, they say, the accompanying high rates of suicidality and self-injury raise questions about whether health care professionals are providing appropriate treatment.

Connection Between Stress and Suicidal Ideation

The ACHA-NCHA survey asked respondents to indicate whether 12 possible events had been "traumatic or difficult for you to handle" in the past 12 months. Examples were academics, career issues, family problems, intimate relationships and finances. Students who reported at least six stressful events had rates of mental health diagnoses three to 16 times higher than those who experienced no stressful events.

Furthermore, almost half of the group with the highest stress said they had ever engaged in suicidal ideation, one-fifth had attempted suicide and over two-thirds had self-injured.

Even low levels of stress (one or two events) were associated with a nearly twofold increase in the likelihood of suicidal ideation across the sample. The researchers express concern about this result because 75% of the sample reported exposure to at least one or two events.

The team concludes that there is an urgent need to "inoculate" students against stress, especially racial/ethnic, sexual or gender minorities. They urge clinicians who work with young adults to support identity formation and concerns about disclosure in ways that consider the specific minority experience at all visits--not just when responding to acute mental health needs.

Learn more about the Center for Cross-Cultural Student Emotional Wellness 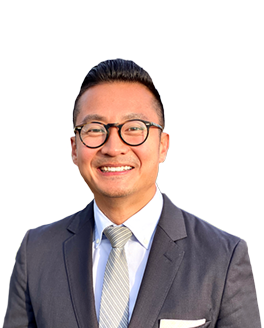 By monitoring people via smartphone several times per day, Mass General researchers became the first to show that there are distinct patterns of suicidal thinking, which may have implications for suicide prevention efforts.