Even in genome-wide association studies, it has been difficult to identify causal loci for major depressive disorder (MDD). As is true of most common diseases, many genetic loci are probably involved, each with small effects.

In schizophrenia research, scientists have proven that by using very large samples, they can detect specific relevant loci. Erin C. Dunn, ScD, MPH, psychiatric epidemiologist, Roy H. Perlis, MD, MSc, director, Center for Experimental Drugs and Diagnostics, Jordan W. Smoller, MD, ScD, chief of research in the Department of Psychiatry at Mass General and director of psychiatric genetics, researchers in Mass General's Center for Genomic Medicine, and a large international group of colleagues recently took a similar approach in MDD. Their findings, reported in Nature Genetics, provide fascinating insights into not only the genetics of MDD, but also its neurobiology, possible therapeutic targets and connections to other psychiatric disorders.

The research team pooled data from seven cohorts in various countries, representing both patients formally diagnosed with MDD and those who self-reported symptoms of major depression. All told, the team analyzed 9.6 million imputed single nucleotide polymorphisms (SNPs) in 135,458 cases and 344,901 controls.

The analysis detected 44 loci, including 30 new loci, that were statistically significant, independent of any other signal and supported by multiple SNPs. Six loci were found to be shared with schizophrenia.

When the researchers integrated the genetic results with functional genomic data, the only matches were with gene expression patterns in the cortex. The authors note that prefrontal and anterior cingulate cortex are important for higher-level executive functions and emotional regulation, which are often impaired in MDD.

Thus, major depression is a brain disorder, the authors state. The findings are not unexpected, but they refute models of MDD that make little or no reference to heredity or biology.

Similar to findings in schizophrenia research, genetic associations for major depression were 21 times higher in genomic regions that are known to be conserved across a range of placental mammals. Conservation suggests important functional roles that have yet to be discovered.

For now, the researchers infer that a continuous measure of risk underlies the clinical phenotype: all humans carry lesser or greater numbers of genetic risk factors for major depression.

The researchers speculate that the many significant associations are part of a higher-order grouping of genes, such as a biological pathway or a collection of genes with a functional connection. Pathway analyses identified nine clusters of relevant genes, including several already linked to schizophrenia or autism. The researchers explain that those observations suggest shared biological mechanisms across the three disorders.

They also identified a connection between their genome-wide association results and known targets of antidepressant medications, suggesting that the new findings might help with drug development.

Furthermore, the researchers detected significant genetic correlations between major depression and all other psychiatric disorders studied, including those prominent in childhood. In fact, the results indicated a shared biological basis for major depression and schizophrenia. Thus, the current classification of major psychiatric disorders does not align well with their genetic basis, the authors conclude.

It is difficult to understand the relevance of the last two factors, the researchers acknowledge, but some intermediate mechanism might be discovered in future research. The point is that major depression is highly correlated with proxy measures that can be briefly assessed.

That could make future genetic studies more cost-effective, they note. Researchers could start by asking large numbers of individuals to complete online self-report assessments. After the genetic basis of major depression is more completely understood, the clinical relevance of the genetic results could be studied in smaller samples of carefully phenotyped individuals.

The researchers envision that eventually, genetic data could form the cornerstone of precision medicine in psychiatry. Someday it may be possible to identify individuals at high-risk of recurrence, poor treatment response or other adverse outcomes at the very first presentation. 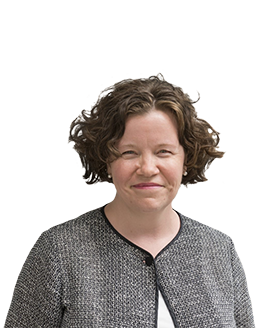 A key quest in psychiatric research is the search for objective ways to diagnose major mental illnesses. Mass General researchers are exploring whether functional MRI can be used to distinguish between bipolar disorder and unipolar depression.