Mindfulness training teaches people to focus on the present moment and minimize distraction from competing thoughts and memories. It is known to improve working memory, as well as to increase hippocampal density. However, until recently, the link between those two effects had never been studied.

A team of Mass General researchers led by Jonathan Greenberg, PhD, a postdoctoral research fellow, and Sara W. Lazar, PhD, an associate researcher in the Department of Psychiatry, are the first to show that mindfulness training reduces proactive interference in working memory and that such reductions are associated with increased hippocampal volume. Their report appears in Brain Imaging and Behavior.

Proactive interference in working memory occurs when old information prevents the recall of newer information. For example, the memory of a friend’s former telephone number may make it harder to remember the new one. Overcoming proactive interference is essential to high-level cognitive functions such as learning, reasoning and problem-solving. The hippocampus plays a key role in making such distinctions, in both long-term and working memory.

Investigating the Potential of Mindfulness

That fact led the researchers to suspect that people who take mindfulness training might exhibit greater improvements in proactive interference than individuals who engage in some similar experience. To investigate, they randomly assigned 79 healthy individuals (mean age 27 years) to take mindfulness training (n=50) or a class in creative writing (control group, n=29). Both programs consisted of four weekly, hour-long web-based sessions.

Before and after the programs, all participants completed the Recent Probes Task, a measure of proactive interference in working memory using memorization tasks. Prior to the classes, the group assigned to mindfulness training exhibited significantly higher error rates on this task compared with the control group. After the programs ended, the mindfulness group showed greater improvement in error rates than the control group did.

On regression analysis, however, the volume increase in the left hippocampus was significantly associated with improvements in the proactive interference error rate and only in the mindfulness group.

Why Mindfulness Training Is Effective

The study team also concludes that mindfulness training may be beneficial in other conditions characterized by impairment of working memory and reduced hippocampal volume, such as aging, post-traumatic stress disorder and childhood mistreatment and abuse. 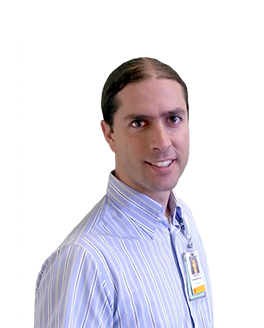 Fortification of grain-based foods with folic acid, a practice instituted in the U.S. in the 1990s to prevent neural tube defects in infants, may also reduce the incidence of severe mental illnesses like schizophrenia that initially appear in young adulthood.