Endovascular thrombectomy is the new standard of care for eligible patients with ischemic stroke who have large vessel occlusions. Stroke centers around the world are gearing up to offer it whenever appropriate. However, in the landmark clinical trials of endovascular thrombectomy, there was significant variability in the definition of large vessel occlusion.

Led by Thabele Leslie-Mazwi, MD, a neurosurgeon at Massachusetts General Hospital, a committee of the Society of NeuroInterventional Surgery (SNIS) clarified the clinical scenario in which a stroke patient has an urgent need for endovascular thrombectomy. The committee also included Joshua A. Hirsch, MD, of the Department of Radiology at Mass General.

In the Journal of NeuroInterventional Surgery, the SNIS urges medical organizations to adopt a standard definition of the term "emergent large vessel occlusion" (EVLO). Its suggestion is “an acute vascular occlusion that impairs cerebral perfusion, results in significant clinical deficit and is accessible for endovascular thrombectomy.” The term “significant clinical deficit” is meant to include patients who do not experience typical deficits but still have considerable disability, such as those with isolated aphasia or dense hemianopia.

The SNIS committee concludes that a unified definition of ELVO will encourage efficient, prioritized, goal-directed responses to large vessel strokes, analogous to a “Trauma Call” or “Code Blue.”

The authors note that their definition of ELVO encompasses both anterior and posterior circulation, and both extracranial and intracranial vasculature. For now, it refers to the internal carotid artery, middle cerebral artery M1 and proximal M2, distal vertebral vessels and the basilar trunk vessels. As device technology evolves, the definition might be expanded to include distal M2, M3, A1 and A2 segments, and P1 and P2 posterior cerebral artery branches.

The current definition will encourage regional centers to use vessel imaging to identify ELVO. The committee members predict that the use of computed tomography angiography at referral centers could reduce futile transfers within the stroke system.

Specialist in Neuroendovascular and Neurocritical Care 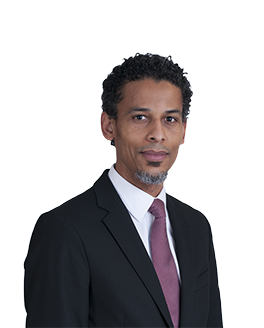