The Massachusetts General Hospital is one of only three centers in the nation to be conducting pediatric auditory brainstem implant (ABI) clinical trials. The ABI is placed during a craniotomy procedure and is designed to provide sound awareness in children and adults with bilateral damaged or absent cochlear nerves. Unlike the more common cochlear implant that is surgically placed into the inner ear, the ABI has a multichannel electrode array that is placed directly onto the brainstem to electrically activate the pathways of sound in the brain. Results to date from the 30 ABI cases performed at Mass General have been promising.

"Most patients with devices have had some sound perception," says neurosurgeon Frederick Barker, MD.

Daniel Lee, MD, who leads the Massachusetts Eye and Ear (MEE) Wilson Auditory Brainstem Implant Program, is a partner to Dr. Barker in conducting the ABI surgeries. He says that one of the best outcomes among pediatric ABI recipients "is a child who developed some spoken language."

Dr. Lee also cautions that, "The majority of children who receive the ABI use both sound awareness and sign language to communicate."

Dr. Barker also emphasizes that outcomes vary in part depending on the patient's age.

"Most of the children are old enough to sign but not to talk," he says.

By comparison, an adult hearing new sounds may have had the benefit of using some form of language for years and may be lip reading, so just a moderate degree of sound awareness can help understanding by signaling the rhythm of others' spoken language.

Many Receive an ABI Through a Clinical Trial

One-third of implantations at Mass General have been performed on young children. In fact, the hospital has the distinction of being the site of the ABI implantation for the youngest patient in the U.S., a female child who was 11 months old at the time of surgery. Under research protocols, clinical teams are implanting the device in both children and adults who do not have neurofibromatosis Type 2 (NF2), which is now the device's regulatory approved indication, but for those who were born with no functioning cochlear nerve in either ear or people who are deaf because of an unusually shaped, damaged, or absent cochlea.

The U.S. Food and Drug Administration-approved clinical application of the ABI is for people over the age of 12 who have lost hearing because of NF2. In NF2, nerve tumors typically arise on or near the hearing nerve. Most of the adult referrals to the MEE ABI program come from Mass General's Neurofibromatosis Clinic directed by Scott Plotkin, MD, PhD. However, any clinicians who care for patients with hearing impairment from a damaged, misshapen or missing auditory nerve can refer patients to the ABI program overseen by Dr. Lee, who is also the MEE's Director of Pediatric Otology and Neurotology.

ABI surgery is multidisciplinary and collaborative by involving neurosurgery, neurology, neuro-oncology, neuro-radiology, neuro-psychology, otolaryngology, audiology, speech and language pathology. For pediatric cases, a pediatric neurosurgeon is one of three surgeons on the team that includes the adult neurosurgeon and, Dr. Lee, the ear and skull base surgeon.

Dr. Barker explains how the pediatric surgeons "are the main people who interpret the neurological condition in a couple of days after the surgery while the children are still at the hospital."

During surgery, an expert team of audiologists from MEE guide the surgeons on the appropriate placement of the ABI by monitoring brain responses that are specific for hearing. After surgery, the audiology team customizes the map of stimulated electrodes, meaning to choose which electrodes are turned off and on depending on how the patient responds to these choices under observation first under anesthesia and then in the clinic with the family present. Small children would have testing done while sitting on a parent's lap, for example.

Dr. Lee started the ABI program at the MEE in 2008 with a generous donation from the late Helene and Grant Wilson. In 2013, his team secured FDA approval for a clinical trial application for ABI surgery. This was one of the first clinical trials in the U.S. for both children and adults who do not have NF2 to receive the ABI.

An ABI device's internal receiver sits just below the skin and is secured to the skull. A flat electrode paddle with 21 channels rests on the brainstem. An external microphone and processor worn on the ear picks up sound and converts it to an electrical signal. The processor transmits the sound signal wirelessly to the internal receiver and electrode array.

The key to any safety and effectiveness improvement in the ABI procedure is refining the device, which Dr. Lee says "has largely not changed in decades." The electrode interface is an upgrade focus.

"Our target is the brainstem and the brainstem is a highly curved structure," he says. "The electrode system we are placing on that for stimulation is surface is rigid and flat."

Dr. Lee, neuroscientist Chris Brown, PhD, at MEE, and ABI research team are working with the Center for Neuroprosthetics, Ecole Polytechnique Federale de Lausanne in Switzerland to develop a new generation flexible array that follows the curve of the brainstem to better adhere to contact points.

Today any misalignment between device and target can mean suboptimal stimulation of the intended nerve area and the potential unintended firing of surrounding nerves that can produce unwanted side effects from tongue movements to facial twitching. Thus, poor contact of the electrode paddle can create "current spread," according to Dr. Lee.

A better application of an ABI device would enable the right level of stimulation more directly on the hearing nerves and ensure stimulation was well controlled to minimize or prevent side effects.

"It is important to control side effects because a family may reject the use of the device should a child react to any side effects," Dr. Lee says.

Even further improving the ABI procedure will be the addition of intraoperative image guidance to allow more precise maneuvering and device placement. Especially in children, Dr. Barker says, "the anatomy can be surprising," referring in part to the challenge of a lack of visibility when real-time decision-making must occur during such a refined procedure.

Currently, only MRIs are used pre- and post-surgically to surgically plan and evaluate results. Yet intraoperative guidance is needed for the surgical team to better determine if an ABI is being positioned at an ideal angle and depth. The MEE ABI research team recently secured a new three-year research grant from the Department of Defense that will focus on improving ABI technology based on both of these approaches.

Says Dr. Lee: "We are providing standard of care for many patients (with NF2) and are looking to the future to determine if the ABI has a role in improving hearing in children and adults who are deaf and cannot receive a cochlear implant due to a compromised cochlea or cochlear nerve."

These specialized patients are deaf from congenital absence of the inner or nerve, scarring of both inner ears due to infection or meningitis, otosclerosis, injury to the cochlear nerve or inner ear from a severe skull fracture or auditory neuropathy/dyssynchrony.

"These complex pediatric and adult patients benefit from the state of the art multidisciplinary care teams at MEE and Mass General," says Dr. Lee. 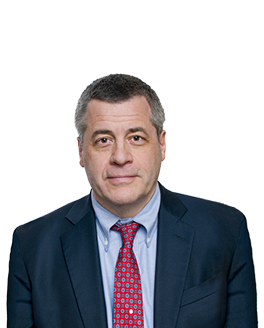 The Intraoperative Neurophysiologic Monitoring and Mapping (IONM) unit at Massachusetts General Hospital has been a driving force behind increased surgical success with reduced neurological complications.

Research at Massachusetts General Hospital shows promise for boosting the efficacy of radiation therapy for vestibular schwannomas, allowing for a lower dose without damaging hearing.