Richard A. Hodin, MD, is chief for Academic Affairs in the Department of Surgery, surgical director of the Center for Inflammatory Bowel Disease, chief of Endocrine Surgery at Massachusetts General Hospital and a professor of surgery at Harvard Medical School. In this video he discusses his surgical work, and the improved outcomes he sees in patients who undergo J-pouch surgery.

The surgery that I'm involved in most is on patients with inflammatory bowel disease (IBD), which basically involves two different conditions: Crohn's disease and ulcerative colitis.

If you look at the big picture, most people with Crohn's disease at some point in their life will require surgery, unfortunately, somewhere in the 70% to 80% range, probably. For ulcerative colitis it's more like maybe 30% or so of patients will ultimately require surgery. Of course, we try to avoid surgery if at all possible, and usually I get involved as a surgeon when patients are not doing well from one standpoint or another, often not doing well in terms of the medications that they're on (if their medications are not working to control their disease).

The operation we do most commonly for ulcerative colitis is called the J-pouch operation or ileoanal J-pouch surgery—it's got a lot of different names. Some people call it the IPAA procedure, which stands for ileal pouch anal anastomosis. In any case, ulcerative colitis tends to involve inflammation of the entire colon and rectum and what we do in surgery is essentially remove the entire colon and almost all of the rectum, leaving just a tiny bit at the end where the sphincter muscles are (the muscles that control continence), which are very important to keep and keep intact so that things can work well after the surgery. We remove the colon and rectum, then we make a pouch out of the small intestine or the ileum and we put things together.

Taking care of IBD patients is kind of special because I'm able to follow patients often for a long period of time. There are patients where we do surgery and were able to fix something and then they never see us again. (I always tell patients, "You never want to see me again if you don't have to." Most people don't want to see their surgeon even once or certainly more than once!) But the nature of IBD is that they can be chronic diseases—especially Crohn's disease, where we often have to operate on patients a second or third time, sometimes even more over the course of their lifetime. Even with ulcerative colitis patients, when we do J-pouch surgery, I often see these patients on an annual basis and do their scope procedure, for example, to see how everything looks inside.

And it's kind of special for me. Medical doctors tend to have long-term relationships with patients, which is great. That's one thing that a lot of surgeons miss but again, with IBD patients I tend to see them periodically over time. With the J-pouch patients, it's particularly gratifying when they have a good result and I'm able to see them year after year and kind of catch up and find out how they're doing and see that their life is sort of back to normal and sort of similar with Crohn's patients. Usually, if they're back multiple times it means they're having recurrent problems, but we do form a longer-term relationship that's really important, and it does go hand-in-hand with the multidisciplinary way that we take care of these patients because we work so closely with the gastroenterologist.

So often, you know, it's almost a three-way relationship where they're seeing the gastroenterologist, they're seeing me, and we can sort of communicate back and forth and try to, at each point in time, do obviously what was hope is best for the patient. Most people that have J-pouch surgery are having surgery because, like I said, their quality of life is really poor. They're often unable to work or go to school or you know, carry-on normal activities; with J-pouch surgery, they can get their life back. They don't have to be worrying about going out of the house, getting in a car, going for a ride, going to a movie or something like that. It's really very gratifying to take care of patients in this kind of situation and to do an operation that helps them so much. 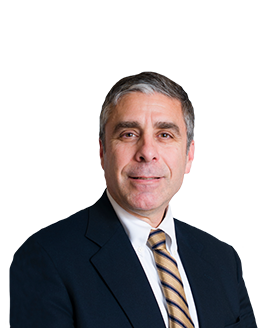 Richard A. Hodin, MD, discusses the advances his team at the Crohn's and Colitis Center at Massachusetts General Hospital has made in treatment for patients with inflammatory bowel disease.