An unsettled issue in colorectal surgery is managing complicated acute appendicitis in patients with no absolute indication for emergency surgery (e.g., hemodynamic instability or generalized peritonitis). Some experts advocate early intervention while others recommend a "cooling down" period preoperatively. Published clinical trials and systematic reviews are available to support either approach.

The researchers examined ACS NSQIP files from January 2016 through December 2019. They identified patients who underwent appendectomy for complicated appendicitis (defined as the presence of perforation and/or abscess) and excluded those with septic shock and those who were hemodynamically unstable.

Among patients who had minimally invasive surgery, early intervention was associated with an increased risk of conversion to open appendectomy (aRR, 1.14; P=0.037).

Length of Stay and Operative Time

Applying the Findings to the Clinic

The reductions in extended resection and reduced operative time, without increases in morbidity, suggest delayed intervention is an appropriate choice for hemodynamically stable patients with complicated acute appendicitis. A trial of non-operative management, such as antibiotic therapy, may be preferable.

In fact, the most recent guidelines of the World Society of Emergency Surgery report better outcomes with delayed surgery, especially for patients with an abscess >3 cm. 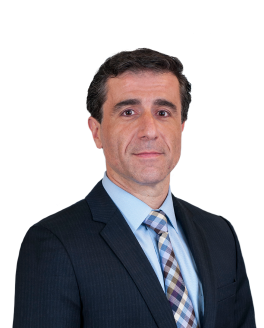 Naomi M. Sell, MD, MHS, Rocco Ricciardi, MD, MPH, and colleagues in the Section of Colon and Rectal Surgery, caution that women with diverticulitis represent a vulnerable population that may benefit from a more intensive evaluation.

Rocco Ricciardi, MD, MPH, is chief of Colon and Rectal Surgery at Massachusetts General Hospital. In this video, he explores ways in which his research is improving surgical outcomes for patients with colorectal cancer.