Loss of independence and time spent away from home are possibilities that older patients consider carefully when making decisions about surgery. In the first study of its kind, researchers at Massachusetts General Hospital found a high rate of non-home discharge in older adults undergoing elective colon resection for diverticulitis.

In the Journal of Gastrointestinal Surgery, researchers Christy E. Cauley, MD, MPH, a surgeon in the Division of Gastrointestinal & Oncologic Surgery and assistant professor at Harvard Medical School, Christine S. Ritchie, MD, MSPH, director of research in the Division of Palliative Care and Geriatric Medicine and director of the Center for Aging and Serious Illness, and colleagues also report predictors of non-home discharge in this setting, notably preoperative functional dependence.

Using the National Surgical Quality Improvement Program database of the American College of Surgeons (ACS), the researchers identified 41,266 patients who underwent elective surgery for diverticulitis between 2016 and 2019. They excluded patients who died within 30 days, had an unknown discharge location, or were in a nursing home or hospice care before surgery, leaving 40,912 patients for analysis.

Other major predictors were advancing age and poor preoperative nutrition:

Other statistically significant predictors of non-home discharge were female sex, hypertension, chronic obstructive pulmonary disease, congestive heart failure, dialysis use, dyspnea at rest or with moderate exertion, steroid use, an open operative approach, and an operative approach utilizing an ostomy.

Recommendations for the Clinic

All adults aged ≥60 should be evaluated for preoperative functional deficits before shared decision-making about elective diverticulitis surgery. Patients need anticipatory guidance about their risk of non-home discharge to ensure surgical care is congruent with their goals and understanding of likely outcomes.

A standardized comprehensive geriatric assessment is the best method of evaluating preoperative function and what potential outcomes matter most to the patient. As a bonus, the more granular data available from comprehensive assessments may identify modifiable risk factors for non-home discharge, such as certain deficits in cognitive or physical function or psychosocial support.

This study showed low preoperative albumin is vitally important as a predictor of poor outcomes but is often neglected preoperatively. Every older adult considering colectomy for diverticulitis should also be assessed with a simple tool such as serum albumin, the Duke University Pre-Operative Nutrition Score (PONS), and/or the ACS Strong for Surgery guidelines for geriatric evaluation.

Learn more about the Division of Gastrointestinal & Oncologic Surgery

Refer a patient to the Division of Gastrointestinal & Oncologic Surgery 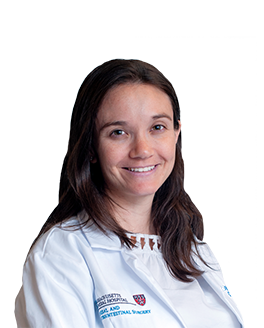 Perforated diverticular disease with or without an abscess is associated with substantial inpatient morbidity and mortality, Massachusetts General Hospital surgeons have found. This risk is exacerbated by a delay in procedural intervention during the admission.