For patients with hepatocellular carcinoma (HCC) who are eligible for transplantation but have compensated cirrhosis, no strong evidence is available to guide the choice of treatment. In this subgroup, transplantation is associated with a substantial disease-free survival benefit, but the few studies available have not shown a clear benefit in terms of overall survival (OS). Most centers prioritize those patients for hepatectomy.

Theodoros Michelakos, MD, researcher and resident in the Department of Surgery at Massachusetts General Hospital, Cristina R. Ferrone, MD, surgical director of the Liver Program in the Division of General Surgery and the Mass General Cancer Center, and colleagues have confirmed that OS for these patients is similar to transplantation and resection. In the Journal of Gastrointestinal Surgery, they also calculate that transplantation is substantially more expensive, and they recommend considering resection as first-line treatment.

The researchers reviewed patients with HCC who were treated surgically at Mass General between July 1992 and December 2015. In total, 206 had Child–Pugh A cirrhosis and met the Milan criteria for liver transplantation (solitary lesion ≤5 cm in diameter, or three tumors up to 3 cm each, with no portal vein involvement and no extrahepatic disease). They fell into three groups:

In an intention-to-treat analysis, OS from the time of diagnosis was statistically similar for the two treatments:

The size of the largest lesion was the only independent predictor of OS on multivariate analysis. The type of surgical treatment was not prognostic.

The results were similar when the analysis was limited to the 87% of patients who had surgery in 2002 or later, after implementation of the Model for End-stage Liver Disease point system.

The researchers compared the costs of the two kinds of treatment using recent federal data rather than Mass General data, in order to generate more widely applicable results.

Average Cost of the Principal Procedure

Considering the lack of improvement in survival with transplantation, the researchers question whether the substantial excess cost can be justified. With organ shortage being another important consideration, they advocate for resection as the first line of treatment for patients with HCC that meets the Milan criteria and Child–Pugh A cirrhosis. 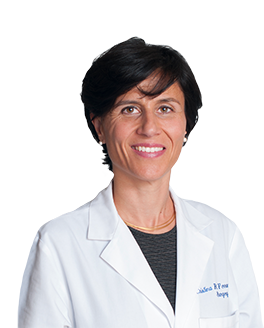 Regardless of transplant candidacy, patients with decompensated cirrhosis spend a substantial portion of their last 90 days of life in the hospital, are likely to receive intensive interventions at the end of life and tend to be referred late, if at all, to palliative or hospice care.

Fecal Microbiota Transplant Cures Most Patients with C. Difficile Who Also Have Cirrhosis

Patients with cirrhosis who have recurrent or refractory Clostridium difficile infection are likely to be cured with oral frozen fecal microbiota transplant but may need more capsules than noncirrhotic patients do.