The choice of procedure should be based on the patient's history, risk tolerance and goals. However, could certain surgeons have come to perform a single type of bariatric procedure predominantly, or even exclusively?

In Surgery for Obesity and Related Diseases, Elan R. Witkowski, MD, MS, minimally invasive surgeon in the Department of General & Gastrointestinal Surgery at Massachusetts General Hospital, Matthew M. Hutter, MD, director of the Mass General Weight Center, and colleagues conducted the first population-level analysis to focus on the surgeon's role in selecting bariatric procedures. They found that a surgeon's practice pattern was the factor that best correlated with the type of operation a patient received.

Using a hospital discharge database maintained by New York state, the team evaluated the records of 107,222 obese patients who underwent RYGB, SG or LAGB between 2004 and 2014. This time period encompassed the early phase of SG, when it was used only rarely, to the point when it became a common procedure.

The researchers also identified 270 surgeons who performed at least five bariatric surgeries in any of the years between 2004 and 2014. In 2014, the median number of bariatric procedures per surgeon was 82.

However, which procedure a patient received was most strongly correlated with a surgeon's practice pattern. For example, if a patient consulted a surgeon whose RYGB case volume was in the upper third, the odds of undergoing RYGB were increased 34-fold.

Overall, 83% of the predictive power of the regression model could be explained by surgeon factors alone.

The Need to Ensure Patient Autonomy

Enthusiasm for any novel procedure must be supported by long-term studies that evaluate safety, efficacy and durability. Randomized, prospective trials comparing SG with RYGB have so far shown no difference in weight loss.

Just as important, surgeons must respect patient autonomy during counseling and shared decision-making. Doing so entails being willing to examine one's own preferences and potential biases.

RYGB is generally considered more technically challenging than SG, and it will be important for surgeons whose practice is dominated by SG to maintain their skills in performing anastomotic operations.

Surgery for Obesity and Related Diseases 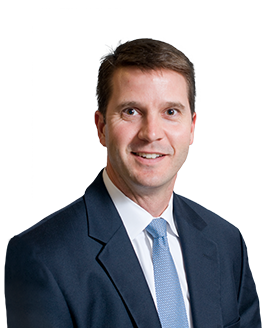 Obesity Tied to Risk of Diverticulosis

By analyzing a cohort of adults who underwent colonoscopy, gastroenterologists at Massachusetts General Hospital have determined that overweight and obesity substantially increase the risk of diverticulosis.