Familial hypercholesterolemia (FH), caused by pathogenic DNA variants in any of three genes, is characterized by impaired clearance of low-density lipoprotein cholesterol (LDL-C) and an elevated risk of coronary artery disease (CAD).

The risk of CAD is thought to be largely caused by the increase in LDL-C, but a team at Massachusetts General Hospital determined lifestyle factors also play an important role. Akl C. Fahed, MD, MPH, a researcher at the Cardiovascular Research Center, Amit V. Khera, MD, MSc, a researcher at the Center of Genomic Medicine, and colleagues report the details in JAMA Network Open.

The researchers calculated a "healthy lifestyle score" by assigning one point to each of four favorable characteristics:

In both studies, carrying a pathogenic or likely pathogenic FH variant was associated with an increased risk of CAD:

Lifestyle, LDL-C and Risk of CAD

In both studies, healthy lifestyle was significantly associated with decreased CAD risk.

The probability of manifesting CAD by age 75 was:

The absolute risk estimates are likely to vary outside the UK Biobank context and need to be calibrated for more diverse populations.

Now that genomic information is increasingly available to inform individuals about their risk of CAD, they may feel anxious or resigned, believing CAD is inevitable. It's important to communicate that adherence to a healthy lifestyle may mitigate CAD risk. 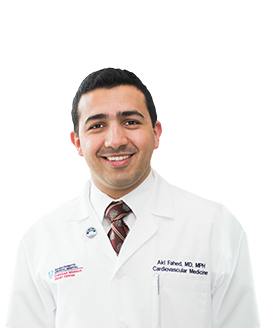 Variants in chromosome Xq23 are linked to reduced total cholesterol, LDL cholesterol and triglycerides, and reduced risk of coronary heart disease and type 2 diabetes, according to whole-genome data analyzed by Pradeep Natarajan, MD, MMSc, and an international team of colleagues.

In a study with substantial implications for genetic counseling, Amit V. Khera, MD, MSc, of the Center for Genomic Medicine, and colleagues found that when individuals with high polygenic scores were defined as those in the top 20% of the distribution, about 45% of their siblings met the same threshold.