However, three phase 3 randomized trials have demonstrated limited clinical PTS benefit when adding catheter-based intervention to anticoagulation. These studies did not fully analyze the timing of catheter intervention, though.

In Circulation, Farouc Jaffer, MD, PhD, investigator in the Cardiovascular Research Center and director of the Coronary Intervention and the Chronic Total Occlusion Percutaneous Coronary Intervention Program at Massachusetts General Hospital, Wenzhu Li, MD, postdoctoral fellow in the Jaffer Lab, and colleagues published experimental and clinical evidence that the outcomes for reducing the PTS after catheter-based thrombus removal in patients with acute proximal DVT may depend on the time since symptom onset.

The results demonstrated a time-dependent benefit of RBF:

Reanalysis of the ATTRACT Trial

To assess the clinical relevance of the animal findings, the team reanalyzed data from the two-year randomized, phase 3 ATTRACT trial. Published in 2017 in The New England Journal of Medicine, it showed that pharmacomechanical catheter-directed thrombolysis (PCDT) for patients with acute proximal DVT did not reduce the risk of post-thrombotic syndrome or improve long-term Venous Insufficiency Epidemiological and Economic Study Quality-of-Life (QoL) scores beyond anticoagulation alone.

For the new analysis, the researchers categorized the 691 ATTRACT patients according to the time from symptom onset to randomization:

Results of the Reanalysis

Because of the latter finding, the results of the new analysis should be considered hypothesis-generating only. Future trials of PCDT for DVT should incorporate a three-timeframe approach. For example:

Intermediate group: Perform ultrasound at presentation to assess for RBF, then proceed as above.

Late group: Prescribe anticoagulation alone, given the lack of benefit of PCDT observed in the late group in this analysis. 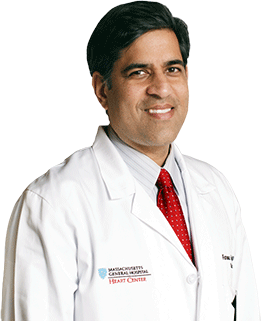 Researchers in the Corrigan Minehan Heart Center at Massachusetts General Hospital, and colleagues found that even in the pre–COVID-19 era, 3% of patients hospitalized for viral pneumonia had acute thrombotic complications.