Like Marfan syndrome (MFS), Loeys–Dietz syndrome (LDS) is a genetic connective tissue disorder that predisposes patients to aortic aneurysms, putting them at risk of aortic dissection. In both syndromes, early elective repair of the aortic root is typically performed to protect against dissection.

Experts disagree about whether the aortic arch should be repaired at the time of aortic root intervention. Patients with MFS who undergo elective root surgery are at low-risk of needing reintervention on the aortic arch unless they develop Stanford type B dissection. However, LDS has a more aggressive clinical course.

In research conducted at Johns Hopkins Medical Center led by Massachusetts General Hospital cardiac surgeon Duke E. Cameron, MD, it was found that patients with LDS who undergo elective root repair are at higher risk than patients with MFS of needing subsequent arch interventions. In The Journal of Thoracic and Cardiovascular Surgery, the team reports how that finding has changed its approach to management.

The researchers retrospectively analyzed 335 patients with LDS or MFS who underwent elective or emergent aortic surgery between 1995 and 2015. The article discusses the thresholds for surgery and surgical techniques.

The researchers conducted telephone interviews with the patient, a family member or the primary care physician and performed a detailed chart review in all patients. The average length of follow-up was 6.2 years for LDS patients and 6.7 years for MFS patients.

All told, LDS was associated with a threefold higher risk of secondary intervention compared with MDS.

Three of the 79 patients in the LDS group died in-hospital and there were seven late deaths. Six of those 10 deaths occurred in patients who had TAR at some point. Patients with LDS who needed any type of secondary aortic arch intervention had worse survival than those who did not (6% vs. 33%, P = .007).

The Case for Aggressive Initial Intervention in LDS

The researchers also report that the average time interval between initial aortic root repair and secondary arch repair was similar in the LDS and MFS groups. However, the mode of failure was different:

This difference led the researchers to believe that more complete arch intervention might prevent subsequent interventions in patients with LDS. For adults, they now suggest liberal use of a short hypothermic circulatory arrest time or selective antegrade cerebral perfusion to enable complete removal of the ascending aorta, even in elective cases.

The surgeons are more reluctant to follow this strategy in children who have a normal size aortic arch. The commercially available multibranched prostheses have fixed size arm branches and distances between them that would present challenges in growing children.

The Journal of Thoracic and Cardiovascular Surgery

Learn more about the Marfan Syndrome and Related Conditions Program 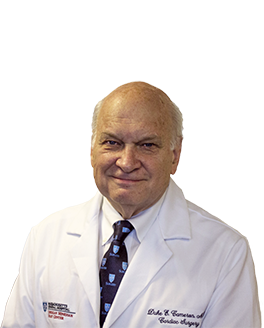 Duke Cameron, MD, co-director of the Marfan Syndrome and Related Conditions Program and the Thoracic Aortic Center at Massachusetts General Hospital, discusses the multidisciplinary care required by patients with aortic disease caused by connective tissue disorders. He also describes promising new research that will allow surgeons to customize operations for patients based on the specific mutations of their tissue proteins.