In October 2017, the International Classification of Diseases began recognizing type 2 myocardial infarction (T2MI) as a distinct diagnosis. T2MI (supply/demand mismatch) is a frequent cause of myocardial injury and has a grave prognosis; 20% of patients do not survive more than one year.

Cian P. McCarthy, MD, cardiology fellow, and Jason H. Wasfy, MD, MPhil, medical director of the Massachusetts General Physicians Organization and director of Quality and Analytics at the Cardiology Division at Massachusetts General Hospital, and colleagues have found that recent outcomes of women with T2MI have been comparable to those of men. This is the first study to evaluate sex differences in T2MI care and outcomes. Their findings appear in a letter to the editor of the Journal of the American College of Cardiology.

The researchers identified 359 patients who were diagnosed with T2MI at Mass General between October 2017 and May 2018. Of those, 204 (57%) were men. They found no differences between men and women in the causes of T2MI (mainly heart failure, respiratory failure, sepsis, arrhythmias or hypertensive urgency).

In multivariable logistic regression analysis, there were no significant differences between men and women in 90-day mortality (18% vs. 19%) or post-discharge 90-day readmission rates (39% vs. 34%).

Although men and women were comparable in most ways, the fact that women had a lower prevalence of obstructive coronary artery disease makes it plausible that their ischemia is predominantly microvascular. This is of concern because impaired microvascular function predicts adverse cardiovascular outcomes in women with signs and symptoms of ischemia. 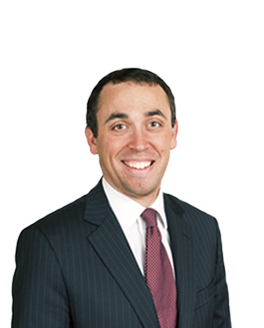 Data from the PROMISE trial suggest that a "single-molecule counting" troponin assay might someday allow office-based assessment of which patients with stable chest pain are at short-term risk of major cardiovascular events and need aggressive diagnostic evaluation.

In this video, Hanna Gaggin, MD, MPH, discusses her research in discovering biomarkers of patients with preserved ejection fraction. She hopes that more progress will be made in finding treatment options for patients with type 2 myocardial infarction.