"Through the APOLLO Trial, we are exploring an exciting alternative to surgery with the implantation of a mitral valve in a less invasive way," says Ignacio Inglessis-Azuaje, MD, an interventional cardiologist and director of the Structural Heart Disease Program at the Mass General Corrigan Minehan Heart Center.

The APOLLO Trial, sponsored by Medtronic, is a multicenter study evaluating the use of a new mitral valve made from bovine tissue that is placed through a transcatheter technique to address the backflow of blood from the left ventricle into the left atrium, which causes mitral regurgitation.

To date, the Mass General's team has completed three TMVR procedures, according to Dr. Inglessis-Azuaje.

During a TMVR procedure, a team of physicians:

The procedure takes roughly one hour to complete; in comparison, open heart surgery can take several hours. It also avoids some of the negative impacts of full mitral valve surgery: mainly, the need for cardiopulmonary bypass.

"Surgical treatment of patients with mitral insufficiency has presented challenges in previous years," says Dr. Inglessis-Azuaje. "This therapy offers hope for treatment of mitral valve disease without the necessity for cardiopulmonary bypass or arresting the heart. We hope this less invasive approach leads to improved outcomes, with patients having a quicker recovery and a return to adequate heart function earlier and in a more sustained way."

"The importance of the multidisciplinary team to the success of TMVR cannot be overstated," says Dr. Passeri. "Bringing together the expertise of the different disciplines in a coordinated fashion is crucial for providing the highest level of care to patients with valvular heart disease in general, and especially in patients with mitral regurgitation."

At Mass General, a cardiologist, surgeon and heart failure specialist see all potential candidates. Specialists discuss each case with added input from echocardiographers before creating a treatment plan.

"Avoidance of sternotomy and a reduced surgery time are not the only benefits that the TMVR procedure brings to the table," says Dr. Melnitchouk. "Perhaps its greatest benefit comes from a rigorous review of data and highly coordinated procedure by the cardiac surgeon and interventional cardiologist performing the procedure together under continuous image guidance by an expert echocardiographer."

Determining which patients are best suited for this new procedure involves a thorough and careful analysis. Mass General physicians gather all applicable data for each potential TMVR candidate, and then send that information to a central team of study specialists. The team independently interprets and discusses the data with a screening committee of independent surgeons and cardiologists before accepting a patient as a candidate. "As part of an elaborate screening protocol, we evaluate multiple factors, including the mitral valve and coronary anatomy, to make sure a patient meets the inclusion criteria," says Dr. Inglessis-Azuaje.

Specifically, patients best suited for this procedure have:

Some patients with severe mitral insufficiency who would otherwise be considered inoperable (due to health or comorbidities) may also be considered for TMVR. According to Dr. Inglessis-Azuaje, patients must also meet specific valve and other requirements. "Because of the risk for left ventricular outflow tract obstruction, we require a very careful cardiac CT analysis to meet eligibility," he says.

Mass General is one of only a few sites currently offering this innovative treatment approach to MR, thanks in part to a long-standing tradition of excellence with mitral valve surgery and transcatheter techniques.

"The established team at Mass General that has worked together for more than 10 years is an incredible asset," says Dr. Inglessis-Azuaje.

Mass General's team previously participated in three other studies leading up to the APOLLO Trial, including the PARTNER I study—the first of its kind to explore transcatheter aortic valve implantation. Mass General was one of 25 sites in the U.S. to participate in that landmark study that began in 2008.

"Our work on that and future trials helped establish the clear role of transcatheter aortic valve replacement as an alternative to surgery," says Dr. Inglessis-Azuaje. "Now, as we move onto the next frontier of mitral valve replacement, Mass General's solid infrastructure, experience and expertise in transcatheter valve techniques places us in a prime position to lead these innovative efforts through the APOLLO Trial and beyond."

"The APOLLO Trial is an important study that will hopefully allow us to establish this technique as a valid alternative in the treatment of patients with MR," he says. 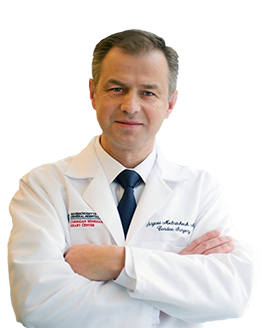