Ajay Nehra, MBBS, is senior urologic surgeon and director of Men's Health and Male Reconstructive Surgery in the Department of Urology at Massachusetts General Hospital. In this video, he discusses his research on Peyronie's disease and his work publishing the first-ever set of Peyronie's disease treatment guidelines for the American Urology Association.

For a long time there are a lot of questions about Peyronie's disease: What is it? Patients are very concerned. They start to see a penile curvature and they're wondering, What happened? Why did it happen? How did it happen? What initiated the onset? And they're concerned: Is it a sexually transmitted disease? They're concerned did something happen to initiate the process, and if so, what truly transpired? [Peyronie's disease] is not only a patient [issue], but it's also a patient and a partner issue as well.

The aspect of Peyronie's disease is something that [has been] long left a vacuum. It's been traditionally a part of the erectile dysfunction guidelines which I was a co-chair of as well. [At the time, I was] I was co-chair with Dr. Arthur Burnett and what we really wanted to do was establish a set of guidelines that could allow clinicians, internists, psychologists, psychiatrists [and] practitioners to understand and appreciate the critical aspects of Peyronie's disease as it relates to disease onset, management, evaluation and surgical options.

Historically, if we look at the data from the 1600s, 1700s and 1800s, men with penile curvature were thought to have the curvature due to sexually transmitted diseases. That's really not the case. It's really an inflammatory state secondary to a penile injury that frequently occurs in the erect or the semi erect state for these individual patients. And one of the manifestations is they may develop a curvature. The curvature can be dorsal, can be dorsal lateral, can be lateral, can be ventral or can be ventral lateral.

Traditionally, Urology has been the gatekeeper for the management of Peyronie's disease, and this is what really led us to not only initiate the guidelines from the American Urological Association, but more importantly, [to] critically assess what is the published literature and to put forth a set of guidelines. This allows everyone in the field of medicine to understand and appreciate the unmet needs that are currently out there. There may be new therapies that start to evolve that may render patients to have successful outcomes. There would be some critical research aspects that would be ideal to again mobilize researchers and clinicians to foster relationships and allow enhanced research aspects for Peyronie's disease management. 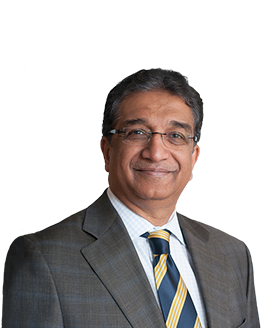 Advances in Treatment for Peyronie's Disease

Early diagnosis of Peyronie's disease is critical to treatment efficacy. Disease progression, ranging from acute to chronic, can result in significant physiological and structural changes. The iteration of proven treatments has increased the likelihood of nerve preservation, penile function and pain relief and preservation of penile length.