Urethral diverticula (UD) in women are rare outpouchings of the urethral lumen into surrounding connective tissue. Most are located on the ventrolateral, mid to distal urethra, where the periurethral glands dominate. Far less commonly, the UD is proximal and dorsal (anterior); this is more difficult to repair because of the need to access the side of the urethra opposite the vaginal lumen, abutting the external urethral sphincter.

The patient initially presented to the emergency department with urosepsis. She reported a six-month history of lower urinary tract symptoms, recurrent urinary tract infection, gross hematuria and dull abdominal pain. A computerized tomography scan revealed a UD with a 7-mm stone in the posterior left lateral aspect. The patient was discharged on antibiotics and referred to outpatient urology.

Physical examination in the clinic revealed a subtly cystic proximal urethra. Urodynamic testing demonstrated bladder outlet obstruction referable to the diverticulum. Magnetic resonance imaging (MRI) confirmed a large (2.5 cm × 1.6 cm) crescent-shaped left anterior UD at the proximal urethra. The entirety of the diverticulum was cephalad to the level of the pubic bone, and the urethra appeared elongated with an elevated bladder neck.

Standard vaginal dissection was deemed feasible, but a robotic-assisted retropubic approach was chosen to facilitate complete excision of the diverticulum and minimize the potential for urethral and external urethral sphincter compromise.

During the office visit, the patient fainted after catheter placement for urodynamics, so cystoscopy was performed in the operating room. It revealed the diverticular ostium to be at the left ventrolateral aspect of the proximal urethra.

The robotic approach to urethral diverticulectomy is described in the article, and an accompanying video gives detailed instruction. The principal advantages of the approach were:

The patient recovered uneventfully without recurrence of lower urinary tract symptoms. Voiding cystourethrogram on postoperative day 13 revealed a well-healed repair without extravasation. There was no pathologic evidence of malignancy.

Though challenging, a dorsal UD is typically repaired vaginally. The technique described here is feasible when a retropubic approach may improve access. It and other laparoscopic applications may also be considered as an adjunct to the standard vaginal approach for any UD with a component that is both dorsal and proximal. 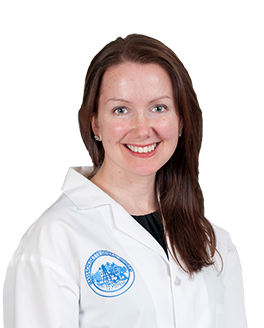 Elise De, MD, and Theodore Stern, MD, co-editors of a new book aimed at helping patients and clinicians pinpoint the etiology of pelvic pain, are part of a multidisciplinary team of Massachusetts General Hospital researchers who are improving pelvic pain outcomes through educational resources and integrated care.