In patients who undergo a kidney transplant and begin immunosuppressive therapy, certain latent viral infections can be reactivated, including BK polyomavirus (BKPyV). Several case reports and series have described urothelial cancers associated with BKPyV, and the usual treatment includes reduction of immunosuppression, local surgical control with possible explant of the kidney allograft and chemo/radiation therapy.

Surgeon Alex G. Cuenca, MD, of Boston Children's Hospital, Nahel Elias, MD, surgical director of Kidney Transplantation in the Division of Transplant Surgery at Massachusetts General Hospital, and colleagues recently reported on the adjunctive use of atezolizumab, an immune checkpoint inhibitor, in this setting. Their research, published in Transplantation Proceedings, shows that atezolizumab therapy along with surgery, reduction of immunosuppression and palliative radiation, led to the resolution of the malignancy.

A 61-year-old man with end-stage renal disease secondary to autosomal dominant polycystic kidney disease received a kidney transplant in 2009 from a deceased donor. His perioperative and immediate post-transplant course was uncomplicated.

One year later, the patient developed BKPyV nephropathy, documented on biopsy. His immunosuppression was decreased and treatment with leflunomide was initiated. This regimen reduced or eliminated BKPyV in blood/urine over the next seven years.

Urothelial cell carcinoma was found incidentally on an allograft biopsy for elevated creatinine. Computed tomography (CT) showed a large, infiltrative mass in the transplanted kidney that did not affect the native kidney. The cancer was metastatic with separate lesions in the right psoas and right quadricep compartment.

The patient underwent radical allograft nephroureterectomy followed by palliative radiation therapy. Tacrolimus was minimized to 0.5 mg daily and ultimately was discontinued. An attempt was made to discontinue prednisone as well, but the patient developed culture-negative low-grade fevers and ileus/small bowel dysmotility that resolved once a low dose of prednisone was restarted, which suggested ongoing adrenal insufficiency.

Because of his end-stage renal disease and poor functional status at the time of evaluation, the patient was not considered a good candidate for a cisplatin-based regimen. Atezolizumab was started on day 65 following explant of the allograft and was well tolerated.

A CT scan obtained nine months after explant revealed no metastatic disease and resolution of the right quadricep masses. The patient is now active physically and continues to do well. At the time this report was written the patient had been receiving atezolizumab every three weeks for more than 12 months.

The rationale for atezolizumab treatment was to reactivate the patient's immune system to provide durable antitumor responses. In addition, preclinical studies (published in Current Medicinal Chemistry) have shown that combining systemic immune activation with radiation can lead to spontaneous regression of tumors or metastases outside the radiation field.

The treatment of this patient would almost certainly lead to rejection in a patient with a functioning allograft, but that was not a concern here. In fact, the tumor might have been of donor origin. These extremely encouraging results point to the potential to harness a donor-specific immunologic response when urothelial malignancy occurs after transplant.

Visit the Division of Transplant Surgery 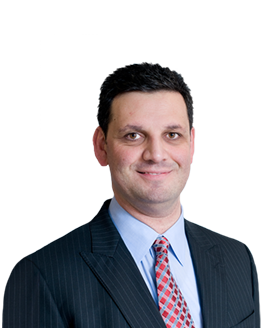 Research led by Brian Eisner, MD, co-director of the Kidney Stone Program at Massachusetts General Hospital, shows no risk of ureteral lesions with the use of ureteral access sheaths four years post-procedure.

What clinicians should know about the rare subtypes of renal cell carcinoma that are characterized by rearrangement of the microphthalmia transcription factors TFE3 and TFEB.