How age should affect these recommendations has never been settled. The largest published studies of active surveillance have involved cohorts with a median age of 62 to 70. Yet younger men are often counseled to have definitive treatment due to longer life expectancy, fewer comorbidities, expectation of favorable convalescence and the perception that they will ultimately require intervention.

Based on a retrospective review at two academic medical centers, Keyan Salari, MD, PhD, urologic surgeon at the Massachusetts General Hospital Department of Urology and urologic oncologist with the Mass General Cancer Center, Adam S. Feldman, MD, MPH, director of the combined Harvard Urologic Oncology Fellowship, urologic oncologist at Mass General Cancer Center and urologist with the Mass General Department of Urology, and colleagues have found evidence that active surveillance is a safe and effective approach for men younger than age 60 who have low-volume, low-risk prostate cancer. Their report appears in the Journal of Urology.

The researchers retrospectively analyzed data on 2,084 patients at Mass General and Sunnybrook Health Sciences Centre, at the University of Toronto in Canada, who were diagnosed with localized prostate cancer between 1995 and 2016 and were followed for at least six months. 417 of the patients were younger than age 60 at the time of diagnosis and 1,667 were age 60 or older.

The selection criteria for active surveillance differed between the two institutions as follows.

Patients were treated between 1997 and 2014. Starting in 2008, eligibility criteria for active surveillance were Gleason score ≤6 (Gleason score 3 + 4 in selected patients with low-volume disease), clinical stage T1c or T2a disease, three or fewer cores positive with 20% or less cancer involvement in each core and prostate-specific antigen (PSA) less than 10 ng/mL. Patients diagnosed prior to 2008 had to have PSA <20 ng/mL to be included in the current study.

In both cohorts, triggers for intervention were biopsy progression, PSA progression or clinical stage progression on digital rectal examination.

The primary endpoint of the current study was biopsy progression. After a median follow-up of 6.2 years, there was no significant difference between the two age groups in the rates of biopsy progression or definitive treatment. When comparing men <60 with men ≥60:

None of these differences were statistically significant. The metastasis-free and disease-specific survival rates were similar to or better than those in previous studies of older men.

On multivariate analysis, three factors were significant independent predictors of biopsy progression and the need for definitive treatment:

Age at diagnosis was not significantly associated with time to biopsy progression or treatment.

Unfavorable measures of tumor volume (elevated PSA density and the percentage of tumor involvement per core) are important factors to discuss in shared decision-making with patients. They may be signs of more aggressive disease that would benefit from definitive treatment, even in patients otherwise categorized as low risk.

Clinicians should consider that younger patients generally have good urinary and sexual function, and any treatment-associated decline in function may impact their relative quality of life more significantly than in older men. 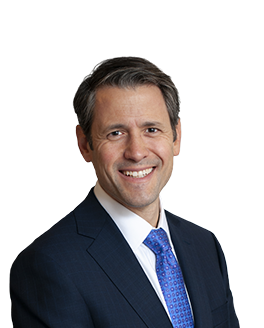 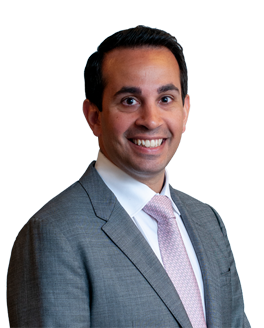 At the American Urological Association's 2019 Annual Meeting, researchers presented the findings of a study on the effects transurethral ultrasound ablation (TULSA), a novel minimally invasive procedure that can reduce prostate size and prostate-specific antigens in patients with localized prostate cancer.