As with other viral infections, the response of the adaptive immune system to SARS-CoV-2 relies on coordinated T and B cell responses. CD4+ T cells have a central role in long-term immunity because they differentiate into:

The researchers conducted a longitudinal study of CD4+ T cell responses at the level of individual SARS-CoV-2 spike (S)- and nucleocapsid (N)-epitopes, along with paired antibody responses. Peripheral blood mononuclear cells (PBMC) and plasma were analyzed from convalescent patients who seroconverted during the first wave of the pandemic in Boston, before vaccines were available.

Samples from the patients were compared with cryopreserved PBMC drawn from nine individuals before December 2019 as SARS-CoV-2 unexposed negative controls.

Compared with the pre-pandemic controls, most patients demonstrated expanded populations of circulating S- and N–specific CD4+ memory T cells. Those cells were evident throughout the follow-up period after symptom onset.

The makeup of the SARS-CoV-2–specific T cell populations varied, though, by COVID-19 severity:

The research team also analyzed a subset of individuals with mild symptoms and sustained antibody responses at or above the initial level throughout the study. They also showed an increased frequency of circulating Tfh cells.

Individuals with milder disease may be better equipped to re-engage germinal centers and generate new antibodies with higher affinity and breadth during subsequent exposures to SARS-CoV-2, including its variants.

Learn about the Division of Rheumatology, Allergy and Immunology

Chief of the Division of Rheumatology, Allergy and Immunology, Massachusetts General Hospital, Director of the Center for Immunology and Inflammatory Diseases 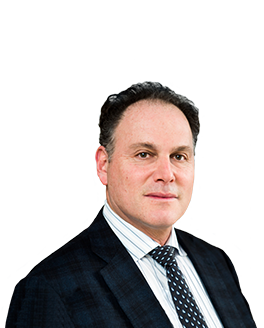 Zachary S. Wallace, MD, MSc, Naomi J. Patel, MD, and colleagues determined retrospectively that the risk of death from COVID-19 is twice as high in patients who use anti-CD20 monoclonal antibodies for the treatment of immune-mediated diseases versus COVID-19 patients in the general population.

Yuqing Zhang, DSc, and colleagues in the Division of Rheumatology, Allergy and Immunology at Massachusetts General Hospital found the incidence of COVID-19 is higher among patients with rheumatoid arthritis than in the general population, regardless of medication use and multiple other potential confounders.