Massachusetts General Hospital has become an international leader in the recognition and treatment of IgG4-related systemic disease, an autoimmune condition. The Rheumatology Unit at Mass General has helped hundreds of patients finally find an explanation for a previously misunderstood constellation of symptoms.

"This is a disease that essentially nobody had heard of until 12 or 13 years ago," says John Stone, MD, MPH, director of clinical rheumatology and a researcher in the IgG4-related Systemic Disease Program. "Now Mass General has become the center of the world for studying IGg4-related disease. And we have developed very targeted therapies based on an understanding of the disease, which has progressed remarkably fast given how young the disease is."

The Many Manifestations of IGg4-Related Systemic Disease

IgG4-related systemic disease involves elevated blood levels of IgG4 and links several inflammatory disorders that were previously considered unrelated. It is often is associated with autoimmune pancreatitis but can affect multiple organ systems in one patient. Symptoms vary depending on the systems involved but often include:

Prior to the identification of IgG4-related systemic disease as one condition, the disease manifestations were considered unrelated, and many patients were misdiagnosed with Sjögren's syndrome or pancreatic cancer. In fact, many patients have unnecessarily undergone modified Whipple procedures, the invasive abdominal surgery to treat pancreatic cancer.

"The typical experience of a patient with IGg4-related systemic disease has usually involved many doctor visits with no answers over a period of many years. There are often abnormalities in multiple organ systems that haven't seemed to add up," Dr. Stone says. "These patients are often misdiagnosed with cancer because they present with a massive lesion in one organ or another. But they actually have a disease that's very treatable with medical therapy."

The IgG4-related Systemic Disease Program was born after a 26-year-old woman from Casablanca, Morocco, sought care from Dr. Stone in 2008. She had been evaluated by a number of other physicians and subspecialists before being referred to Dr. Stone's rheumatology practice for swelling under her chin and a suspected diagnosis of Sjögren's syndrome. During the evaluation, Dr. Stone ordered a biopsy of one of the submandibular glands to test for lymphoma.

"I remember sitting at the microscope with the pathologist, who said, 'It looks like she has autoimmune pancreatitis in her submandibular gland.' I shook my head. 'What does that mean?'" Dr. Stone says. "I'd been a practicing rheumatologist for a dozen years already, and I'd never seen anything like that. It was the first clue that this is a multiorgan disease."

Although the condition had been described in a few papers out of Japan in the years prior, essentially nobody in the United States knew anything about the disease, Dr. Stone says. That changed very quickly.

"Once we became aware of this disease at Mass General, we began to recognize that it was already present at our clinic. Then patients just started coming out of the woodwork," he says. "The pathologist would send us cases of patients who had been sent to surgery for what was thought to be pancreatic cancer and turned out to be IGg4-related disease of the pancreas."

The discovery has led to many rapid advancements to improve recognition and treatment. Not only does the IgG4-related Systemic Disease Program now follow more than 400 patients with confirmed diagnoses and treatment plans, but also the group also joined an international collaboration from five continents. That consortium, funded by the American College of Rheumatology and the European League Against Rheumatism, has developed classification criteria based on clinical, radiological, serological and pathological factors to help clinicians around the world recognize and manage the disease. To build awareness of the disease and classification criteria, the Mass General team organized the first international symposium on the disease in 2011 and subsequent symposia in 2014, and 2017. The next symposium is scheduled for 2021.

Dr. Stone and his colleagues have also pioneered the use of rituximab for the treatment of IGg4-related systemic disease (published in Medicine (Baltimore)). The team designed and are testing targeted therapies against both cells of the B lineage and the CD4+ cytotoxic T cell. Dr. Stone's group also established a link between IGg4-related systemic disease and thoracic aortitis, as well as Riedel thyroiditis.

"IGg4-related disease really is a paradigm of the bedside-to-bench collaboration possible at Mass General," Dr. Stone says. "We have people who are interested in being great clinicians, and they find ready collaborators among laboratory investigators."

IGg4-related systemic disease is classified as an orphan disease, "but just barely," Dr. Stone says. He estimates the prevalence in the United States to be about 180,000.

"It's probably more common than a lot of other diseases that rheumatologists see," he says. "But there are still very few IGg4-related systemic disease experts in the country, and there are many physicians who still haven't heard of IGg4. So we still have a big challenge with regard to education."

Educating more clinicians is critical because the condition is very treatable with relatively minimal therapy to prevent long-term damage to vital organs and maintain a normal lifespan. And the options for this patient population are likely to expand.

"We are conducting three trials, so in the end, I hope there will be three different medications approved across the world to treat this disease. We are developing broader medical knowledge and recognition of the disease so that patients are diagnosed earlier before they have permanent damage," Dr. Stone says. "If the diagnosis is made promptly and the treatments are used wisely, patients would very quickly feel as if they had no disease at all."

Learn more about the Rheumatology Unit at Mass General 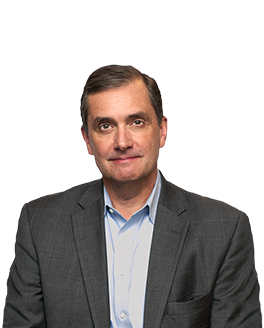 Treatment for IgG4-related Disease to Improve Within Five Years

Three drugs currently in clinical trials could lead to improvements in treatment for IgG4-related disease over the next three to five years.

The American College of Rheumatology and the European League Against Rheumatism that includes Massachusetts General Hospital physicians have developed and validated classification criteria for IgG4–related disease in a large cohort of patients.