Nonalcoholic steatohepatitis (NASH) is a common form of chronic liver disease whose worldwide prevalence is growing due to increasing incidences of diabetes and obesity in the U.S. and elsewhere. Liver fibrosis is one of the primary attributes of chronic liver disease, which tends to progress over time. The presence and severity of fibrosis are the main prognostic factors for clinical outcomes such as cirrhosis, primary liver cancer or liver failure in patients with NASH. Therefore, accurate differentiation of liver fibrosis stages is crucial.

Liver biopsy is currently the gold standard for detection and staging of liver fibrosis. However, biopsy is an invasive technique with the attendant risks of complications and cannot be performed serially. Noninvasive alternatives have been reported but these also have their limitations.

Peter Caravan, PhD, co-director of the Martinos Center for Biomedical Imaging at Massachusetts General Hospital, and Iris Y. Zhou, PhD, researcher in the center, and and colleagues are working to identify molecular imaging methods that can overcome these limitations. In a study recently reported in Radiology, they compared two such methods they are developing with another two noninvasive techniques that represent the current state of the art.

Six groups and a total of 66 rats were studied. One group served as a control, one was fed standard chow for nine weeks, and four groups were fed a choline-deficient, L-amino acid–defined, high-fat diet for six or nine weeks, which was verified to induce liver fibrosis and steatosis.

One group on the high-fat diet was then switched to standard chow and another was given elafibranor, a drug currently in phase 3 trials for treatment of NASH.

Four MRI techniques were used to stage fibrosis and evaluate response to treatment. The two representing the state of the art were:

The two under development by the Mass General researchers were:

The researchers performed receiver operating characteristic analysis to evaluate the ability of each technique to distinguish fibrotic livers from nonfibrotic livers and compared each result to histopathological analysis of the liver. In this type of analysis an area under the curve (AUC) of 1 represents a perfect test while 0.5 indicates the test is no better than chance. The Mass General-developed collagen-targeted MRI with EP-3533 performed best for the sensitive detection of early disease with an AUC of 0.95 compared to 0.65 for MR elastography.

For discriminating advanced fibrosis from no or moderate fibrosis, again the Mass General-developed techniques performed better. The AUC was 0.96 for Gd-Hyd and 0.86 for EP-3533 compared to 0.84 for MR elastography.

The researchers found that the native T1 mapping technique was actually a much better correlate of liver fat (steatosis) than of fibrosis.

Switching rats to standard chow resulted in resolved fibrosis and improved steatosis. Thirteen of 14 animals responded to elafibranor, which was associated with improved fibrosis compared with untreated animals but no reduction in steatosis. Native T1 mapping was only sensitive in detecting changes in steatosis. The other imaging methods detected reductions in fibrosis in response to diet reversal or to elafibranor treatment. However, overall, the Mass General-developed techniques performed slightly better. For example, Gd-Hyd-enhanced MRI of fibrogenesis was 92% accurate in distinguishing responders from nonresponders while MR elastography demonstrated 88% accuracy.

The molecular MRI methods being developed at Mass General may be valuable in identifying patients with early stage fibrosis where treatments to reverse fibrosis may be more effective than in patients with advanced disease. These imaging methods may also be useful to select patients who would benefit from new therapies for NASH and to provide biopsy-free monitoring of whether these treatments are effective or if a different course of treatment is needed. 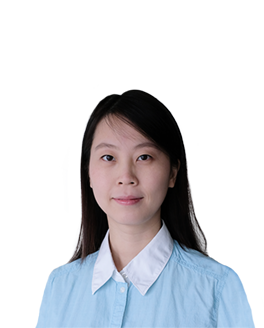 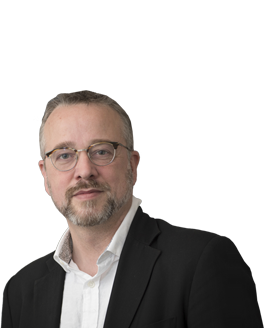