The role of minimally invasive surgery, it's become commonplace to some degree in many specialties, not just orthopedics but within orthopedics and specifically, foot and ankle, I think it has a couple of unique roles.

At its simplest form, I think it can speed up recovery. For example, I now repair the vast majority of my acute Achilles ruptures, meaning ones that have just happened through an incision that's about half-an-inch and that allows me to move the patient's ankle earlier without worrying about the wound complication. That's one of the most dreaded complications after an Achilles rupture repair. The literature has suggested that there's a lower rate of wound complication using minimally invasive techniques.

But in other realms it not only speeds up their recovery but it actually lets us do things that we weren't previously able to do quite as effectively. And in this sense things like ankle arthroscopy traditionally used to treat osteochondral defects, potholes to the cartilage and bones within the ankle joint.

Historically, you could clean out the ankle with an arthroscopy but if you needed to do a more invasive procedure you had to do an osteotomy. You had to break the ankle open in order to access the joint, and while we still do that for more severe procedures, now for the majority of osteochondral defect we can bone graft and even use cartilage replacement programs and products entirely arthroscopically. You can see the joint in this sense much better than you would just through a simple arthrostomy or incision through the front of the joint but without breaking open the ankle.

And then there're other realms such as posterior ankle arthroscopy where you're dealing with issues in the back of the ankle that can be quite deep, historically, that needed a sizable incision. And if you were going to do it through a small incision it limited your visibility. Arthroscopy actually lets us see better into the back of the ankle and thereby not only avoid the dissection inherent to bigger incisions but actually perform the tasks better. 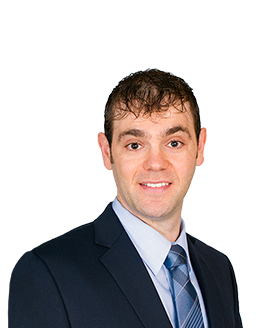 Injury to Deltoid Ligament Appears Capable of Destabilizing the Syndesmosis

Researchers at Massachusetts General Hospital recently became the first to use arthroscopy to study the effects of deltoid ligament (DL) injury on syndesmotic stability.

Orthopedic surgeons have developed a new technique for preserving the integrity of the fibrocartilage gliding surface and avoiding substantial anatomic disturbance during repair of perineal tendon dislocation.