Chordoma, a rare primary tumor of the axial skeleton, can be locally controlled with en bloc resection. However, studies with more than four years of follow-up show high rates of disease recurrence despite negative surgical margins.

A potential explanation comes from a study published in Annals of Surgical Oncology, which uncovered a relationship between local recurrence and micro-skip metastases in healthy tissues surrounding the tumor. Fortunately, proton and photon therapies can deliver tumoricidal doses while sparing adjacent healthy tissues.

A retrospective study at Massachusetts General Hospital, reported in The Spine Journal, showed that adding these newer therapies to surgical excision of chordoma has survival and disease control benefits. The authors are Daniel G. Tobert, MD, an attending surgeon in the Orthopaedic Spine Center, Joseph H. Schwab, MD, MS, director of spine oncology at Mass General and co-director of the Center for Chordoma Care at Mass General Cancer Center, and colleagues.

The research team studied 76 patients who underwent a first surgery for non-metastatic chordoma of the sacrum or mobile spine between 1990 and 2016. Patients living with less than five years of follow-up were excluded.

Survival and disease control were significantly better for radiation completers regardless of surgical margin status:

After adjustment for margin status and subtype of radiation therapy (proton, photon, or combined), overall survival was better when >70Gy of radiation was administered (HR, 0.39; P=0.046).

This study was the first to examine survival and disease control in chordoma with a minimum follow-up of five years for each participant. The combination of surgical excision and radiation to 70 Gy appears to compensate for the risk of recurrence from microscopic residual disease, resulting in a survival benefit.

These findings support previous recommendations that chordoma should be treated at experienced centers with multidisciplinary teams and the latest radiation therapy techniques. 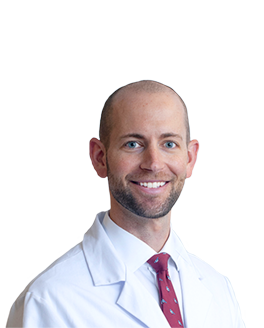 Estimating the Survival of Patients With Spinal Metastasis

Using an online survey, Quirina Thio, Joseph Schwab, MD, and colleagues documented poor agreement between surgeons who were asked to estimate survival for 12 patients with spinal metastasis. There was also a substantial discrepancy between the surgeons' estimates and the patients' actual survival.